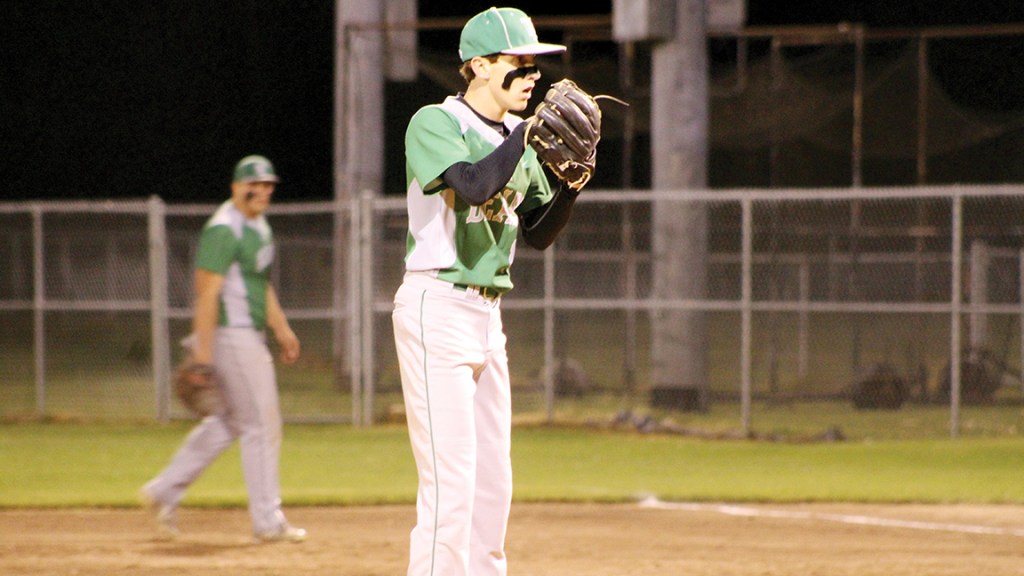 Photo by Cliff Furr Senior pitcher Gavin Burris struck out 13 for West Lincoln Tuesday and gave up only one earned run in a 5-0 loss at Bogue Chitto.

Here is a roundup of how local baseball teams faired Tuesday night.

Senior pitcher Bryce Langley picked up a complete game shutout for Bogue Chitto (6-7) at home Tuesday in a 5-0 win over West Lincoln (3-5). Langley struck out 12, gave up four hits and only walked two batters on 113 pitches.

Gavin Burris of West Lincoln was just as good on the mound as he gave up one hit and one earned run while striking out 13 and walking five on 123 pitches.

BC got on the board in the bottom of the first when Ethan Gladden hit a ground ball that was played as an error by the WL defense. That allowed J.T. McCaffrey to score from second. McCaffrey had gotten to second by hitting a double in the previous at-bat.

In the next inning Cameron Gladden of Bogue Chitto was hit by a pitch in the leadoff spot for the Bobcats. Brandon Welch then drew a walk and both runners advanced on a fielder’s choice by Carson Price. Langley would then strike out to get WL within an out from ending the inning. The next batter —McCaffrey — would be hit by a pitch to load the bases.

With the bases loaded Ethan Gladden hit a ball that was misplayed by WL for an error. The bases would clear on the error as Bogue Chitto was able to grow their lead to 4-0 on the miscue.

The Cats added an insurance run in the bottom of the fifth when Owen Anderson scored on a passed ball.

Bogue Chitto returns the game on Friday when they play at West Lincoln beginning at 7 p.m.

The Brookhaven Panthers (5-7) rode a strong pitching performance by Sevante Quinn to an 8-3 win over Natchez (5-3) in their Region 6-5A opener in Adams County. With Wingfield not fielding a baseball team this season, the Panthers will only compete in region play against Natchez and Forest Hill. Last season the division was won by Natchez after they swept BHS in a pair of close games.

On Friday, Ole Brook coach Matt White gave the ball to his senior captain and Quinn delivered by striking out 13 on 114 pitches in 6.2 innings of work. Quinn gave up one earned run and walked one while allowing six hits. Maney Miller came in to face the final batter and got a strikeout to end the game.

Miller, Jacob Porter and Gatson Walker all hits doubles for the Panthers. Brookhaven outhit Natchez 11-6, but the Panthers did commit five errors. The game was tied 2-2 after the second inning and BHS led 4-3 after three. The Panthers would take control with one run in the fifth, one run in the sixth, and two runs in the seventh inning.

The Brookhaven Academy Cougars (6-7) made a trip to East Baton Rouge on Tuesday and dropped a close 4-1 loss to the Central Private Rebels (13-4-1).

BA cut the CP lead to 2-1 in the fifth inning when pitcher Jace Pendarvis balked home a run that scored Judson Griffin.

Pendarvis — a University of New Orleans signee — wouldn’t make many more mistakes on the night as he struck out 13 on 109 pitches and only allowed three hits. Tanner Watts tossed six innings for BA and scattered eight hits while striking out six and walking none.

Griffin, Dawson Flowers and Keegan Smith would be the only Cougars to get a hit on the night. Central Private returns the game on Saturday at 2 p.m. when the two teams meet at BA.

Coach Seth Lofton and his Cobras (9-6) picked up their third straight win of the season on Tuesday with a 19-1 smacking of Jefferson Davis County (2-13) on the road. The win moves Wesson to 3-2 in Region 8-3A play.

Slay Acy led the 14-hit attack by going 3-of-4 at the plate for WAC. Jim Guess, Will McInnis, Kenner Bizot, Aarron Mooney and Colton Newman all had two hits apiece for the Cobras. Newman had a team high four RBIs while Guess and McInnis drove in three runs apiece. Derek Freeman and Lane Thompson also drove in a pair of RBIs each and Cade Lowery had an RBI as well.

McInnis and Newman each hit two doubles while Thompson, Guess, and Mooney had a double each.

McInnis picked up the win on the bump after striking out 12 and walking two in five innings. He gave up one run on two hits in 77 pitches.

LC was outhit 9-3 and committed six errors in the game. Marquez Hudson, Evan Lambert, and John Clyde Ready were the only Cougars to get a hit Tuesday.

Hudson took the loss on the mound after striking out eight and only walking one in 6.2 innings. He gave up nine hits and three earned runs on 108 pitches.

The Cougars return the game on Friday when they travel to Brooklyn for a 6:30 p.m. first pitch.