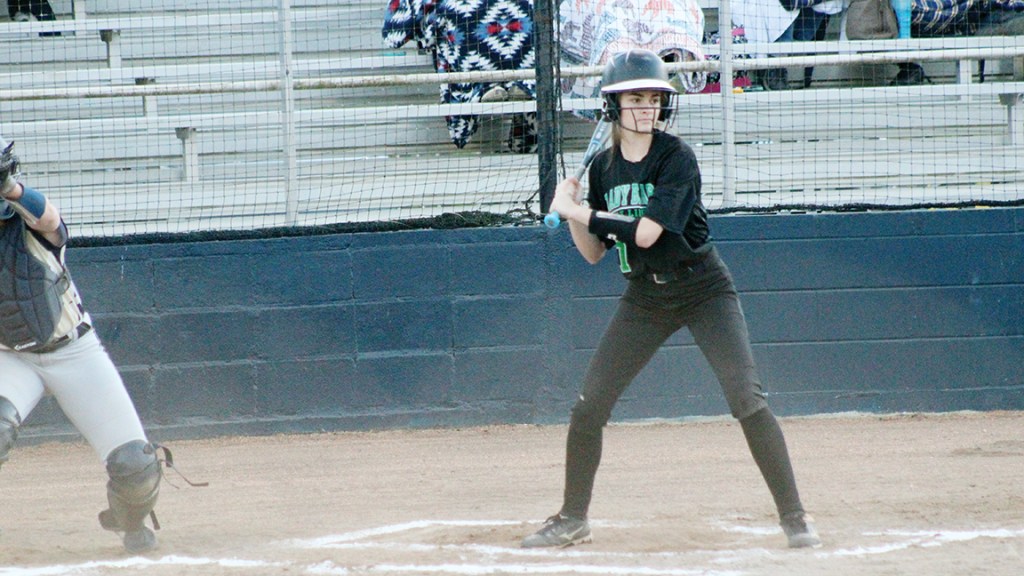 Photo by Cliff Furr Leadoff batter Morgan Newman had one of 13 hits for West Lincoln on Tuesday in their 14-2 win over Enterprise. West Lincoln hosts Bogue Chitto today and Puckett on Friday. Enterprise hosts Loyd Star today and travels to Lake Friday.

Here is a roundup of how local softball teams faired Tuesday night.

The West Lincoln Lady Bears (8-2) took care of their cross-county rivals Enterprise (1-8) with a 14-2 win Tuesday.

WL was led at the plate by Micah Powell who went 2-for-2 and knocked in five RBIs. Powell hit a double as did Madison McNatt and Adi Paden for coach Andrew Redd. The Lady Bears posted 13 hits in the win.

Averi Paden picked up the win in the circle after striking out seven and allowing one earned run on three hits over four innings.

Ainslee Jergins, Belle Porter and Natalie Harris all hit safely for Enterprise. Jergins hit a double and Harris took the loss after striking out two and diving up eight earned runs on 88 pitches.

West Lincoln is 1-2 in Region 7-2A play after the first round of games. They’ll host Bogue Chitto today for a 6 p.m. first pitch in a big region matchup. WL will also host Puckett on Friday at 6 p.m. Enterprise hosts Loyd Star today at 6:30 p.m. and travels to Lake High School for a 7 p.m. game Friday.

The Brookhaven High Lady Panthers (9-7-1) got back on the winning track Tuesday with a 7-1 win over the Vicksburg Missy Gators (2-7).

Lynsey Nations picked up the win by striking out eight, walking seven and allowing one earned run on 129 pitches. Caroline Speaks and Kat Wallace each hit a double apiece for the Lady Panthers.

The Lady Cobras (9-1) picked up a region win on Tuesday by shelling Port Gibson 16-0.

The Lady Cobras scored 10 runs in the first and six in the second to mercifully end the game after 2.5 innings.

Wesson has another Region 7-3A game tonight when they travel to Meadville to play Franklin County at 6:30 p.m.

Coach Marc Howard and his crew won their sixth game in a row on Tuesday with a 13-4 victory at Purvis (10-3).

The Lady Cougars (10-1) moved to 5-0 in Region 7-4A with the victory. LC outhit Purvis 13-7 and were led by Lily Stephens going 3-of-4 at the plate. Abbey Turnage, Skyler Speights, Julianna Johnson and Alyssa Lambert all had two hits apiece for LC.

Turnage and Speights each hit a double while Sydney Pevey, Johnson and Stephens each hit a triple. Abbie Errington also hit safely for LC.

Ashley Holden pitched the win for the Lady Cougars by striking out five and giving up one earned run on 113 pitches. LC committed four errors in the win.

Lawrence County returns to region play today when they host Sumrall at 6 p.m. On Friday they will travel to play at Pearl.