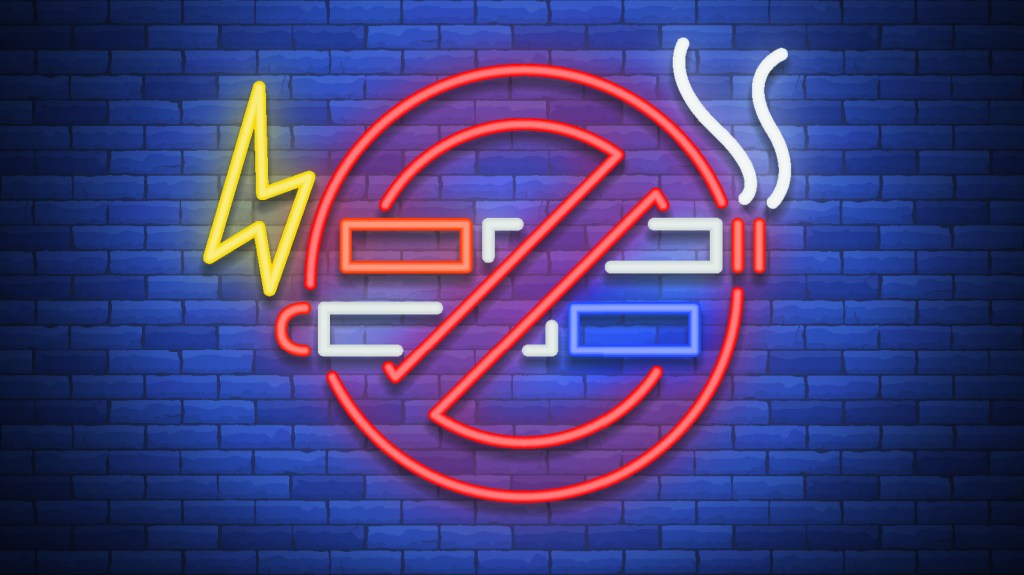 No smoking or vaping

Not everyone in the Home Seekers Paradise is happy with the city’s updated anti-smoking and anti-vaping ordinance.

Monday evening, the Brookhaven Board of Aldermen approved an updated ordinance that added more specific wording and additional restrictions for the city’s smokers and vapers. As of May 22, it will be illegal to smoke tobacco or use vaping devices in more locations than before, including tobacco stores and vape shops where it is currently permitted.

Two businesses in the city limits may be affected directly by the implementation of this ordinance — Brookway Vapery on Brookway Boulevard and Vaporized Brookhaven on Hwy. 51. No tobacco retailers within the city currently permit smoking in their establishments.

Seth Johnson, manager of Vaporized Brookhaven, said the business’ statement on its Facebook page was their official response at the moment. A more detailed response would come at a later date from owner Bill Wikstrom, Johnson said, once he has had more time to study the full ordinance and research the issues at hand.

The statement reads: “We ask that you reach out to your alderman and do the same — help them understand in a polite and friendly professional manner that vaping is anti-tobacco and pro-tobacco harm reduction as they may not be aware of how vaping actually contributes to reducing tobacco use (show them the peer reviewed scientific studies …) that clearly show a National Healthcare System is moving to vaping as part of their tobacco harm reduction strategy. We ask that you do not lose your bearing if you have an opportunity to talk to them, thank you.”

A sales representative from Brookway Vapery said the store’s owner, management and employees have no comment on the ordinance.

The ordinance prohibits smoking or vaping:

• inside a tobacco shop or vaping shop.

• in places of meeting, public assembly or sports arenas, including indoor enclosed areas in outdoor arenas.

• within 20 feet of entrances, operable windows and ventilation systems of areas where smoking is prohibited — including outdoor seating at restaurants, playgrounds and public events, strip malls and sports bleachers.

• where two or more employees are required to be together in outdoor work.

• on all outdoor property adjacent to buildings owned, leased or operated by the city and under the control of the city.

• Private residences that are used as a childcare, adult daycare or healthcare facility.

The ordinance also prohibits businesses from opting out of the ordinance.

Walgreens Company issued a press release Tuesday saying it has created a new policy to raise the minimum age to buy tobacco products in its stores to 21 years old. The decision follows previous criticism from the FDA and a legislative push from Sen. Mitch McConnell to raise the minimum age to 21 nationwide in every retailer. The press release said the policy will be implemented in all of its stores beginning Sept. 1.

A manager of the Brookhaven Walgreens, Connie — who did not provide her last name — said she had no idea if the new policy would have any real affect on their business locally, but didn’t think so. She said there are “not really” any customers in the 18-21 age range coming in to the store to buy tobacco products.

“Most of the people we see come in to buy tobacco are over the (21-year-old) minimum age,” she said.