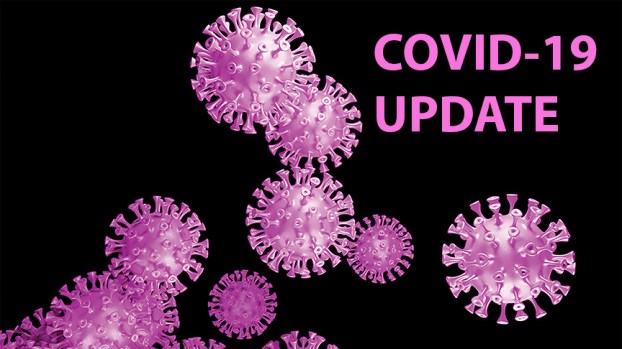 COVID-19 update: Statewide virus spread is ‘the worst it’s ever been’

The spread of coronavirus COVID-19 is the worst it’s been yet for residents fo Mississippi, Gov. Tate Reeves said Monday, with total cases above 37,500 and more than 1,270 deaths.

While Lincoln County has less than 2% of those cases, local numbers are still growing.

Lincoln County has had a total of 541 COVID-19 cases as of Tuesday, and 36 deaths, according to information released by the Mississippi State Department of Health. Twenty-two new cases have been reported since Friday and one additional death.

One additional case and one additional death have been reported for long term care facilities in the county, bringing the case total to 115 and the death total to 27.

The number of confirmed coronavirus cases statewide reached 37,198, with an additional 344 probable cases, for a total of 37,542. Confirmed cases are generally determined by positive PCR tests, which detect the presence of an ongoing coronavirus infection. Probable cases are those who test positive by other testing methods — such as antibody or antigen — and have recent symptoms consistent with COVID-19, indicating a recent infection.

The number of deaths statewide now totals 1,272 — 1,249 confirmed and 23 probable. Confirmed deaths are determined by positive PCR tests. Probable deaths are those individuals who have a designation of COVID-19 as a cause of death on the death certificate, but a confirmatory test was not performed.

MSDH reported 25,932 persons presumed recovered from the virus. Recovery is presumed if it has been 14 or more days since the case tested positive and the person was not hospitalized, or at least 21 days and the either person was hospitalized or hospitalization is unknown.

Monday, Gov. Tate Reeves issued a mandate for 13 of the state’s 82 counties to wear masks in public.

“This is the worst that it’s ever been for spread of cases in our state,” Reeves said in a new conference Monday.

Two weeks ago, 664 people were hospitalized in the state for COVID-19, but 1,020 were hospitalized as of Sunday. State health officer Dr. Thomas Dobbs said eight hospitals had no beds available in their intensive care units due to the large number of virus cases.

Reeves set restrictions in counties with high levels of virus transmission. They include some of the most heavily populated in the state — Hinds, Madison and Rankin in the Jackson area, DeSoto County in the north and Harrison and Jackson counties on the coast. The restrictions are also in effect in smaller counties with high rates of the virus — Claiborne, Grenada, Jefferson, Quitman, Sunflower, Washington and Wayne.

Reeves said he could set the restrictions in more counties that are also seeing a rapid spread of cases, but he is still not planning a statewide mask requirement.

Reeves said wearing a mask in public is not foolproof, but it can help slow the spread of the virus.

King’s Daughters Medical Center has a COVID-19 testing center located behind the Emergency Room and will be open to the public 10 a.m.-5 p.m. Monday-Friday and 10 a.m-2 p.m. Saturday and Sunday.

This screening is for individuals 12 years of age and up. To set up an appointment, call 601-835-9455. Traffic for this site should enter from Brookman Drive behind the hospital.

3 homicide suspects are behind bars

All suspects from a July 3 homicide are now in custody. Three individuals were wanted in relation to a homicide... read more