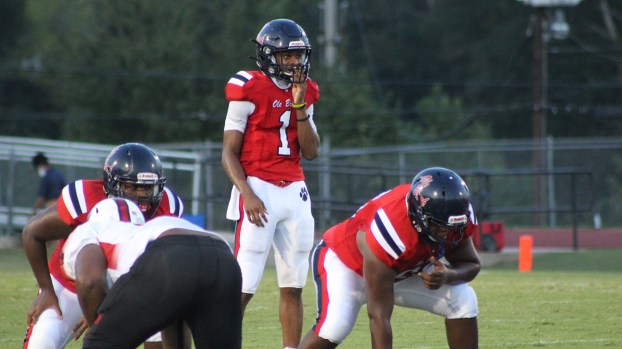 In the topsy-turvy world of the 2020 high school football season, no one can be sure of what the playoffs will look like.

With schools still canceling games due to COVID-19 quarantines this late in the year, the postseason could very likely see teams advancing due to forfeits.

This is the final week of regular season play for most MAIS schools around the state. On the MHSAA side of things, 2A, 3A and 4A wrap up their regular season next week while 1A, 5A and 6A schools finish on Nov. 6.

The Brookhaven High Panthers (1-1) will have seen 50 days flip off the calendar between home games when they finally return to King Field Friday night to face the Laurel Golden Tornados.

The game will serve as homecoming for Ole Brook and is a true homecoming for Panther fans who haven’t seen their team play on their own field since Sept. 4 against Petal.

Laurel sits at 3-3 on the season and is 3-0 in Region 3-5A. Last week they took sole possession of first place in the division with a 19-13 win over West Jones that gave the Mustangs their first loss of the season.

Brookhaven picked up its first region win on Friday as the offense hummed in a 28-17 win at South Jones.

BHS leapt out to a 16-0 lead in the first half only to see South Jones mount a comeback. In the third quarter South Jones took a 17-16 lead.

A 24-yard pass from Dre Ross to Kermit Sartin put BHS back up in the third quarter. In the fourth quarter the Panthers were able to pad that lead with a 51-yard scoring pass from Ross to Quintaye Bates.

Brookhaven coach Tucker Peavey and his staff have battled COVID cancellations and a game that was scrapped due to lightning thus far in 2020.

With only four teams competing in their region this season and that same number needed for playoff spots, BHS will definitely see their season extend into the postseason.

A win against Laurel would almost assure Ole Brook the ability to host a game in the first round and would set the Panthers up nicely as they finish their season on Oct. 30 at Natchez and Nov. 6 when they host West Jones.

The Brookhaven Academy Cougars (5-4) stopped a four-game skid Friday night with a homecoming victory in Wesson against Hillcrest Christian.

BA has played three times this season on the turf of Stone Stadium at Copiah-Lincoln Community College in Wesson. They even moved a home game to Summit and Southwest Mississippi C.C. as they wanted bigger venues that could accommodate more fans.

Friday night they’ll play on the friendly confines of R.M. “Red” Stuard field for the first time this season when they host Bowling Green School in the regular season finale.

The hope for coach Ron Rushing and his staff is to beat the Buccaneers (5-2) and earn a home game next week in the MAIS 4A playoffs.

Riverfield Academy sits at the top of the 4A power rankings and will be one of the four teams to receive an opening round bye.

Right now, the Cougars are the eighth ranked team in the power point system used by the MAIS for playoff seeding. Bowling Green is ranked sixth and the teams ranked 5-8 will host a playoff game next week.

Injuries have been an issue this season for the Cougars. Senior starters Gavin Brogden, Gage Brown and Cade Watson were all unavailable for the game against Hillcrest. Senior lineman Caleb Carithers went out with a lower leg injury during that game as well.

Junior quarterback Tyler Fortenberry rushed for two scores and threw for one more in the 28-18 win over Hillcrest.

The playoff seeding for Region 7-2A will become much clearer after a winner is declared Friday night on Troy Smith Field when Bogue Chitto (3-4) hosts West Lincoln (4-3).

Both schools have taken their lumps from region leader Wesson, but second place is still in play as BC beat Amite County in a thriller earlier this season while the Bears have yet to face the Trojans.

Bogue Chitto and coach Gareth Sartin were off last week as their scheduled game against Enterprise was canceled due to COVID.

The Bobcats will host WL and then finish the regular season out next week with a trip to Loyd Star. West Lincoln is on the road next week at Amite County.

Region 7-2A matches up with Region 5 in the opening round of the playoffs this season. Puckett is a perfect 7-0 overall and 2-0 in the conference but has yet to play Taylorsville (5-1, 2-0). The Tartars are the likely favorites as the fourth placed 7-2A team will travel to face them in Smith County in two weeks.

Enterprise-Clarke and Bay Springs are the third and fourth placed teams in the region and if that holds, they’ll travel to face the 7-2A winner or runner up next week.

Coach Trey Woodard and his Enterprise Yellow Jackets (1-4) have been in timeout since beating county and division rival Loyd Star 22-8 on Oct. 2.

The Jackets return to the field on Friday when they host Amite County for homecoming.

Expect EAC to move the ball against Amite County as the Yellow Jackets have a physical line to run behind. The key will be for Enterprise to limit the big plays from the Amite County offense.

Slowing down explosive plays is also the key for Loyd Star as they face the potent Wesson Cobra offense in Stone Stadium Friday night.

Wesson sophomore quarterback Will Loy has thrown for 1,690 yards this season while tossing 22 touchdowns and just one interception. Senior wideout Antrelle Sims leads the way with 27 catches for 539 yards and seven scores.

The Cobra defense has not given up a point to a region opponent this season as they’ve pitched three straight shutouts.

Juniors Collin McGowan and C.J. Sutton are tackling machines that lead the WAC defense in stops.

Loyd Star and coach Brian Ford will look for senior running back Eric Birch to continue leading the Hornet offense.

Birch has rushed for 956 yards this season and scored 13 times on the ground. He ran for 213 yards and three scores last week in a close loss to West Lincoln.

Coach Jesse Anderson and his Cougars wrap up their regular season a week early with a home game against region rival McComb.

The Cougars (2-4) would have played Lanier High next week had the Jackson Public Schools not canceled football for their programs back in August.

LC has a playoff birth nearly locked up after beating Raymond but would like to head into the postseason with some momentum as they try and snap a two-game losing streak.

In McComb they’ll face a team that count on senior quarterback Chris Roberson to make plays with his arm and his feet.

Region 6-4A — which LC is a member of — is matched up with Region 8 in the opening round of the playoffs. Moss Point is the top team in that coast based 4A region with St. Stanislaus, Vancleave and Bay High battling it out for seeding in the other three spots.

Region XC races up next for local runners

Area schools across classifications will be running today and tomorrow at Choctaw Trails in Clinton at the MHSAA Region Cross-Country... read more