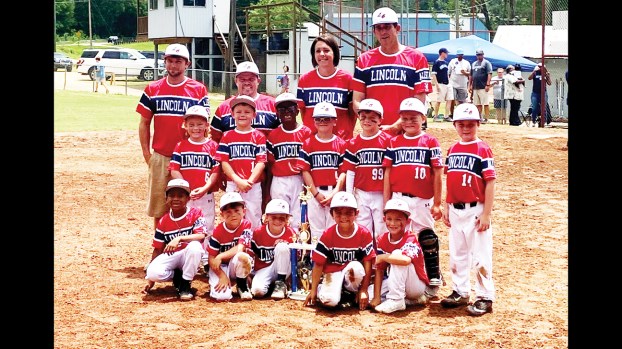 The Lincoln County U6 Coach-Pitch All-Stars took their Dixie Youth District Tournament last weekend with a strong 3-0 showing in Summit.

The team representing LC won every game by a run-ruled total as they punched their ticket to the state tournament next month in Laurel.

In the opener Saturday the LC All-Stars got a 20-5 win and followed that up with an 18-8 victory to clinch the trophy.

The state tournament will be held in Laurel on July 2-4.

Lincoln County started fielding a 6U All-Star team three years ago and this was the first group to win their district tournament.

“We’ve got a great group of kids and they really hit the ball well all weekend,” said coach Rusty Newman. “They had a lot of fun and did a great job.”