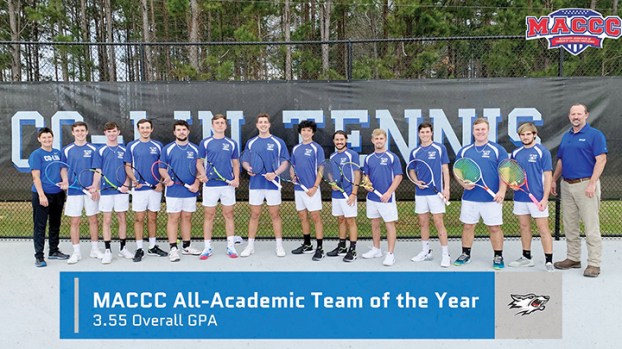 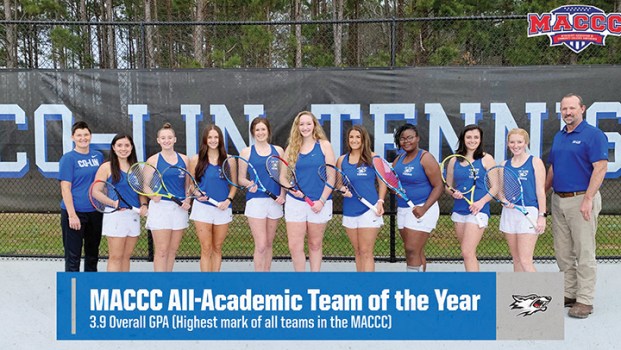 Both the men’s and women’s tennis team at Copiah-Lincoln Community College were recently honored for their outstanding work in the classroom.

With a 3.9 team grade point average, the women’s team had the highest GPA of any sports in the Mississippi Association of Community College Conference (MACCC). On the men’s side, the Wolves tennis team tied with Meridian CC with a 3.55 GPA, best among men’s tennis teams in the MACCC.

In a release by the school announcing the honors, Hale praised the work put in by her student-athletes.

“I am extremely proud of both teams for achieving much success on and off the court,” said Hale. “Our tennis program focuses on a well-rounded student-athlete, and I feel that each of our players contributed to our team’s remarkable stats.”

The Co-Lin women’s team finished in third at the NJCAA Region 23 Tournament which qualified them for the NJCAA Division I Women’s Championship in Mesa, Arizona.

Patino was tabbed as Region 23 Player of the Year along with being an All-Conference selection. Brister was also named All-Conference and the doubles team of Patino and Shows were named No. 1 Overall Doubles.

“It was a great job in the classroom and on the court for this group,” said Co-Lin athletic director Bryan Nobile in the school’s release. “To compete in the national tournament and have the state’s highest GPA tells you what a special group Coach Hale put together this season.”

The Co-Lin men’s team also qualified for their own national tournament in Plano, Texas. In that competition they finished 17 out of 27 teams.

Men’s team members included Julian Toloza and Julian Parada, both of Bogota, Columbia; Skyler Rasberry, Bryce Oster, Andrew Hulon and Samuel Boutwell, all of Wesson; Tyler Leggett and Jacob Lofton, both of Brookhaven; Ty Nelson and John Ready, both of Monticello; Lawson Pearson of Wiggins and Mason Pounds of McComb.

Toloza was named Region 23 Player of the Year along with being selected as All-Conference. The doubles duo of Toloza and Parada were also picked as the No. 1 Overall Doubles team.

“I challenge my players to strive to always do their best, no matter what, academics come first,” said Hale in the release. “Whether it’s a hard match or challenging course work, each one puts their heart and soul into everything they do.”