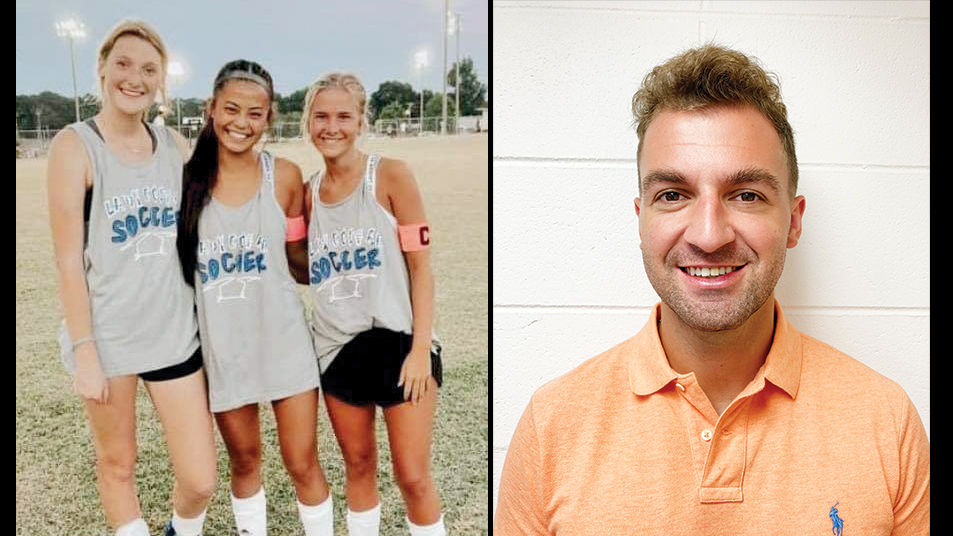 The beginning of the school year signifies the start of girls’ soccer season for MAIS schools around the state and Brookhaven Academy will kick off the 2021 season by hosting its annual tournament this weekend at the Hansel King Sports Complex.

MAIS boys’ teams play soccer in the winter, after the completion of football season as do MHSAA boys and girls teams. The MAIS girls’ soccer season is placed earlier on the calendar as to not conflict with girls’ basketball.

That means teams play in the heat of the summer and expect the concession stand to sell plenty of Gatorades and waters Saturday as BA hosts its season-opening tourney for a sixth-straight year.

The bracket features 10 schools playing two different round-robin pods with the top two from each side advancing to a championship or third-place match at 5 p.m.

Washington School of Greenville and Starkville Academy both are traveling approximately 180-miles each from different sides of the state to take part in the tournament. Joining them will be the host Lady Cougars, two teams from Laurel, two schools from Natchez, Parklane Academy, Park Place Christian Academy from Pearl and Oak Forest Academy from Amite City, Louisiana.

The tournament is also the debut of new BA soccer coach Alex Brown. Brown was hired earlier this year to lead both teams at the school along with serving as a Spanish teacher on the secondary level.

Brown is a Parklane Academy graduate that played soccer at Southwest Mississippi C.C. before finishing up at the University of Southern Mississippi with a degree in Sports Administration.

He’s coached soccer at both Parklane and SMCC during his career. His men’s team in 2018 was likely the best team in Southwest soccer history.

That season Southwest finished 13-4-1 and lost 2-1 in overtime to Jones College in the state title game. Brown also coached the women’s team for one season at SMCC.

The Brookhaven Academy program has been built and led by paraprofessionals since its inception.

Both Mark LeBlanc and Clint Rounsaville have had a huge hand in growing and maintaining the boys’ and girls’ teams at the school, alternating serving as head coach and assistant coach while also working their other full-time jobs.

Last season Randy Spring added soccer to his duties along with being an assistant baseball coach at the school. This year Spring will coach football with new head coach Anthony Hart, but LeBlanc and Rounsaville are back to assist Brown.

Brown is the first full-time soccer hire in the school’s history.

“I have three great assistants in Mark LeBlanc, Clint Rounsaville and Brannon Dickerson,” said Brown. “These guys have been huge for me and are always helping me make sure we can point these girls in the right direction on and off the field.”

Last year’s leading goal scorer Makayla Martin has graduated and moved on to the soccer team at Co-Lin.

Brown is expecting big things out of his three seniors on the 2021 squad — goalkeeper Amelia Anding and forwards Anna Caroline Adams and Ann Elise Rounsaville.

Anding is also a standout tennis player at the school and is the type of athlete that Brown could stick anywhere on the pitch. Her toughness between the posts will be important for BA this season.

“Amelia’s length and athleticism in the goal is so valuable,” said Brown. “It’s already made her one of the best keepers in the league.”

BA played a summer schedule of scrimmages and camps. They won their bracket at the 7-on-7 tournament hosted by Co-Lin.

In those matches Adams and Rounsaville have shown they’re ready to shoulder part of the scoring load.

“They both play a huge part of our offense,” said Brown. “I expect both of them to continue getting goals. In our seven preseason they both have scored 4-5 goals apiece.”

Brown and his staff have been putting the whole team through their paces on the practice field that sits between the visiting football bleachers and the school’s baseball complex.

With a roster that’s spread out amongst players of high school and junior high age, working on skill development has been a priority in the preseason. What hasn’t been is cohesion, Brown says he’s inherited a group that already works well together.

“What I love so much about these girls is how much they work for each other and love each other,” said Brown. “They are always encouraging and uplifting each other. As a coach, but also as a Christian, it’s such a blessing to see that from young people.”

The team will compete in what’s known as Division II for MAIS girls’ soccer. Division II is broken up into East, West, Central and South Regions.

Hartfield Academy of Flowood has dominated Division II of late but have moved up to the Division I class this season.

The top two team from each region qualify for the playoffs. Cathedral is traditionally one of BA biggest rivals in region play.

“I think our biggest strengths this year will be our fitness and ability to possess the ball,” said Brown. “We are still trying to work a few things out because we have a lot of young ones who are going to get a lot of minutes, but the girls have responded to everything the coaching staff has thrown at them so far.”

Brown and his squad get tournament action started Saturday at 8:30 a.m. against ACCS.