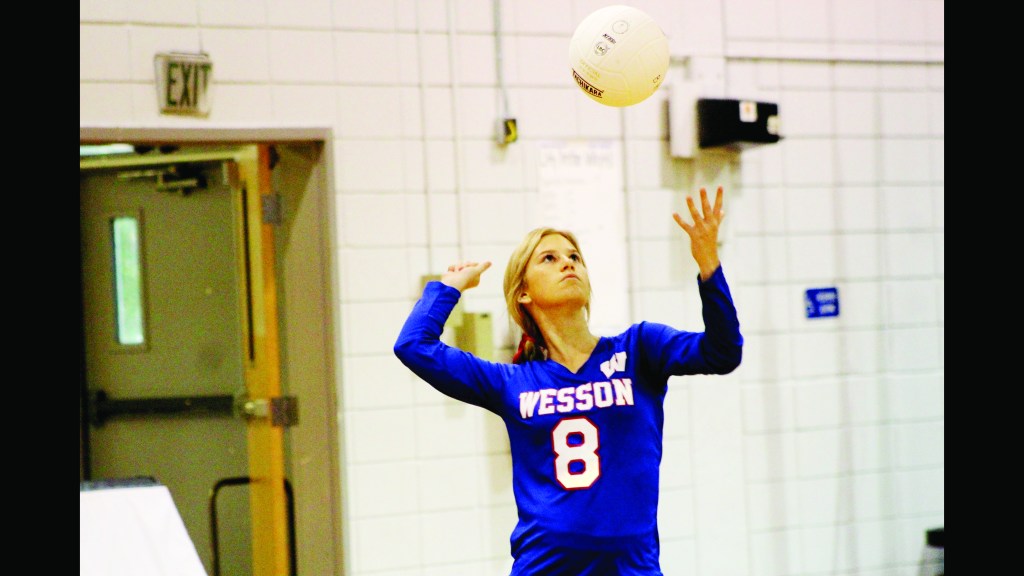 Volleyball might be in its infant stage as a sport at Wesson, but the Lady Cobras and coach Michelle Nunnery are winning and having fun in their inaugural season.

Thursday in Sinclair Gymnasium Wesson took swept Brookhaven High 3-0 in straight sets to beat another team in their first season of competing at the sport.

The win moves Wesson to 8-3 on the season. Lawrence County beat WAC 3-0 in the season opener on Aug. 9.

The next match for Nunnery’s team was on the following day against St. Andrew’s, the defending 3A state champions. That one was a matchup that Wesson didn’t have any choice in making as they’re members of Region 7-3A along with St. Andrew’s, Crystal Springs, Hazlehurst, Port Gibson and Franklin County.

St. Andrew’s won the second pairing of the teams on Sept. 9, but the Lady Cobras haven’t dropped a match since.

Wesson beat Franklin County 3-2 in Meadville during their first meeting. The return match in Wesson will be Tuesday, Sept. 28.

“If we can beat Franklin County at home, we’ll make the playoffs as the second seed from our region,” said Nunnery.

That would be a huge accomplishment for the first-year team that also picked up a junior varsity win earlier in the night Thursday at Brookhaven High.

BHS is still looking for its inaugural volleyball win for coach Charleton Gray. The Lady Panthers lost their first match of the season at Franklin County and then dropped the home opener against McComb.

After that the Lady Panthers were shut down for two weeks due to a COVID-19 related quarantine. In all BHS has had six matches cancelled this season.

Brookhaven is scheduled to host Forest Hill on Tuesday. They’re also scheduled to host Tylertown on Oct. 5 before closing the season on Oct. 7 at Lawrence County (8-3). LC is playing its second season of volleyball and currently lead Region 6-4A with an unbeaten division record.

Thursday the Lady Panthers were without the presence of 6-2 junior Leah Wilcher who plays middle hitter for the team but wasn’t dressed out.

The serve of Wesson senior Breanna Grant-Hall gave Brookhaven High problems throughout the match. Her ball was the most consistent struck and the 6-foot-1 Hall-Grant could drop in strikes towards the middle of the Ole Brook formation, causing confusion on who’d cover the first shot on the return.

Grant-Hall came to Wesson as a sophomore from Hancock County High. Though the Mississippi Gulf Coast is an area where volleyball is popular, she didn’t play the sport growing up.

“We’re all learning the game together,” said Grant-Hall. “I play basketball with a lot of the girls on the team, it’s just a chance for us to spend more time together.”

Nunnery also coaches softball and basketball at Wesson. Most of the Lady Cobras play multiple sports with others suiting for the cross-country and soccer programs as well.

How did Nunnery prepare for her first season of coaching volleyball — a game she also didn’t grow up playing?

“Let’s just say I watched a whole lot of YouTube about volleyball this summer,” Nunnery says with a laugh. “The girls have progressed a lot this year and we’re enjoying it.”

Thursday Nunnery smoothly substituted to keep fresh taller players at the net for Wesson while also making sure that all of her most skilled servers got a turn as well.

“We’re all looking forward to senior night against Franklin County,” said Grant-Hall. “This season has been a lot of fun.”