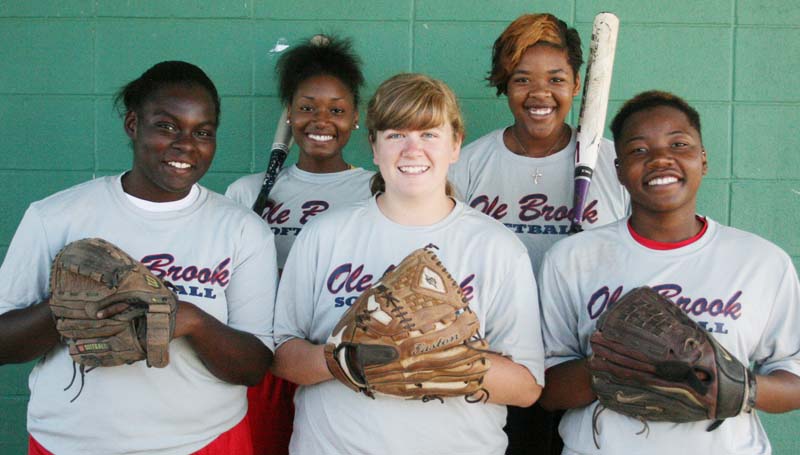 “We have an experienced team returning,” said Brookhaven head coach Mandy Vinson. “We will need to be more aggressive at the plate and on the bases.”

Vinson, 29, will be starting her first season as head coach, after serving as the assistant coach for six seasons. Vinson took over the head coach job position after Chad Walker stepped down last season. Walker served 12 seasons as the head coach of the Lady Panthers’ slowpitch and fastpitch softball teams.

Vinson is a 2003 Brookhaven High graduate, whom lettered in basketball, slowpitch softball and fastpitch softball. She played under coach Lisa Covington in her high school career.

After high school, she played softball at Co-Lin under coach Allen Kent and later went on to Ole Miss to major in elementary education.

In May of 2008, she moved back to Brookhaven to start her teaching career at Brookhaven High. During that time, Vinson was an assistant coach behind coach Covington and coach Walker.

Vinson teaches English III at the high school, and she is also the director of the Homecoming Production. She later earned her master’s degree in sport coach and education from the University of Southern Mississippi in 2012.

The Lady Panthers looks to improve on a 17-11 season record last year, but finished perfect in district action with a 10-0 record. Brookhaven’s goal is to return to the promise land in Jackson.

The Lady Panthers will have eleven returning starters to help in the field: Katherine Shell at shortstop, Haley Speaks at third base, Juliana Porter at catcher, Chantel Quarles at first base, Kat Wallace at second base, Tia Bussey at left field, Jada Henderson at left-center field, Fallon Brooks at right field, Danielle Batteast and Cheyenne Motley at right-center field and Rileigh Allen at pitcher

“Our girls are really working hard to prepare for the season,” continued Vinson. “We had great participation in our summer workouts, and we are excited to get the season started

The Lady Panthers first home game will be against the Provine Lady Rams on Aug. 19. The junior varsity game will precede the varsity game.