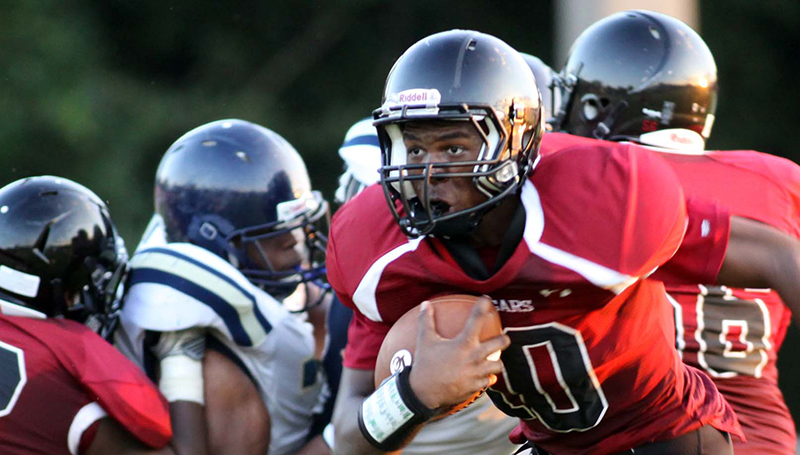 MONTICELLO – It wasn’t an official game. In fact, it was nothing more than a glorified practice. Still, high school football’s unofficial opening night was a huge success for the Lawrence County Cougars.

Under their fourth head coach in four years, the Cougars rolled to a 20-0 advantage in a one half scrimmage against old rival Franklin County, on Friday.

“We had a pretty good night,” said first-year Cougar coach Jaymie Palmer. “I thought our guys gave great effort, and we executed pretty well at times. A jamboree is just a glorified practice, but I thought it went reasonably well.”

Palmer replaces Herbert Davis, who bolted from the Cougars after just one season, taking the head coaching position at Madison-Ridgeland Academy. The one-time powerhouse LCHS program has generated just nine wins in the last three seasons. If Friday’s showing is any indication, things might be looking up on Tommy Jolly Drive. 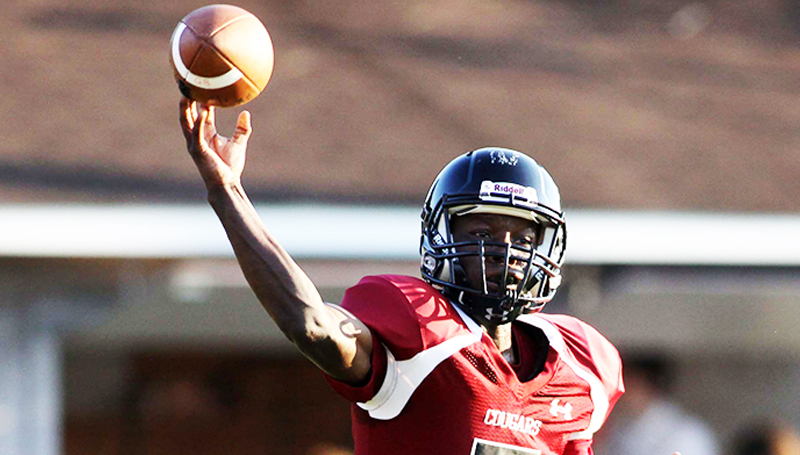 “I’m confident that this program is headed in the right direction,” Palmer said. “We’ve got a long way to go, but we’re determined to get there. I think stability and consistency is the first step. These seniors have had a different head coach every year they’ve been in high school.”

After the Cougars and Bulldogs exchanged punts on their first four possessions, LCHS took control of the scrimmage, scoring on three straight possessions. Sophomore running back Quitten Brown and quarterbacks Charl’Tez Nunnery and Jerod Barnes all scored.

Brown, Barnes, and T-Tez Cole led the Lawrence County offense. Marcus Kees’ interception and return set up one of the scores.

“We had some glitches that an opening-night jamboree is going to have,” Palmer said. “After we subbed out, we played a couple of plays with only 10 guys on the field. Obviously, we hope that’s not the case next week.”

Franklin County is also under a first-year coach, or at least it’s the first year of Anthony Hart’s second stint at the Meadville school. Hart’s resume is a healthy one, including a state championship at Lafayette County. The Bulldogs are in a bit of a rebuilding phase right now, and Franklin County sat out some banged up players in Friday’s scrimmage.

This Friday, Lawrence County will open at home against the Wesson Cobras. Franklin County will travel to King Field to challenge the Ole Brook Panthers.