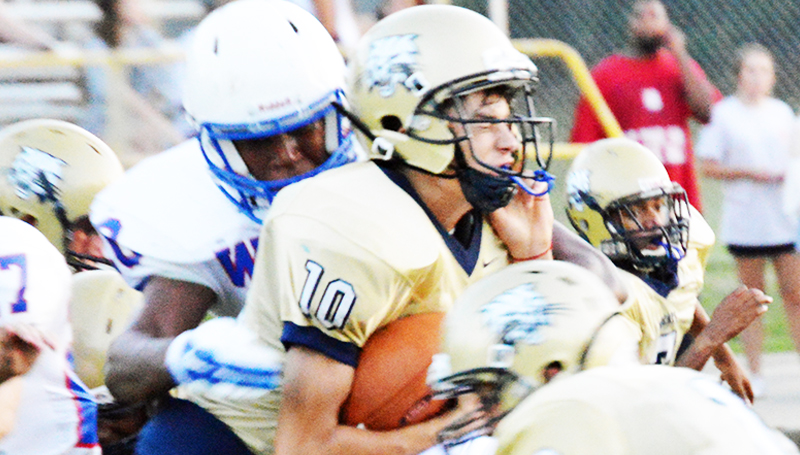 The varsity team played two quarters and then the junior varsity took over for one quarter with Wesson dominating both scrimmages.

Wesson starts their season off next Friday against Lawrence County in Monticello at 7 p.m., and Bogue Chitto travels to Loyd Star to open their season with the Possum Bowl at 7 p.m. 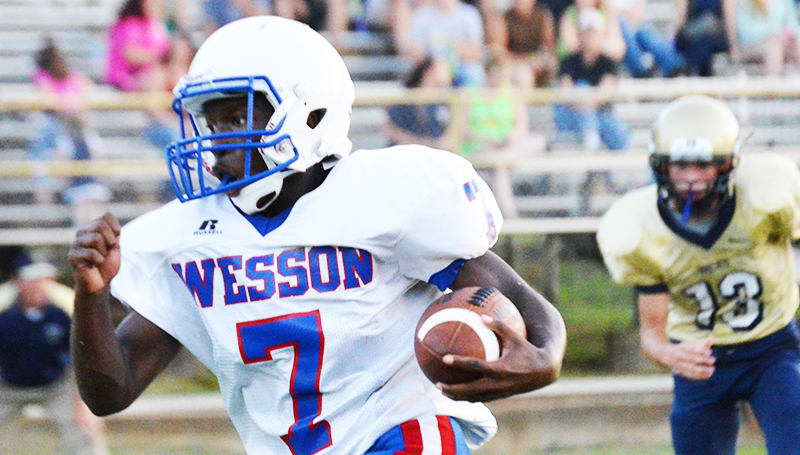 Wesson sophomore Jermaine James (7) speeds up the field Friday. He led his team in rushing and had one fumble recovery during the jamboree.

The Wesson Cobras romped over the Bobcats for a final scrimmage score of 31-0 as the Cobras ran it to the end zone for a total of five touchdowns.

Junior kicker Tre Fleming was one for five in field goals. Senior Dartavious Dixon also led in the offense by gaining yardage with five completed passes, top rushing and an interception.

Sophomore Jermaine James also led in rushing and had one fumble recovery.

Top defensive players were Blake Runyan, Davion Frye and Blake Burns. Burns and Demarcus Smith both got a quarterback sack each.

Bogue Chitto struggled against the Wesson defense and only made it into Cobra territory once during the scrimmage.

The JV Cobras struck again in their scrimmage against Bogue Chitto with a final point of 8-0.

Freshman Travion Glasper made the one touchdown of the scrimmage and sophomore Peyton Burns ran it in for the two-point conversion.

Top defensive players for the Cobras were sophomores Joseph Carraway, Daniel Burgess and Blake Runyan. Carraway got a quarterback sack.

Meet the Panthers set for Monday