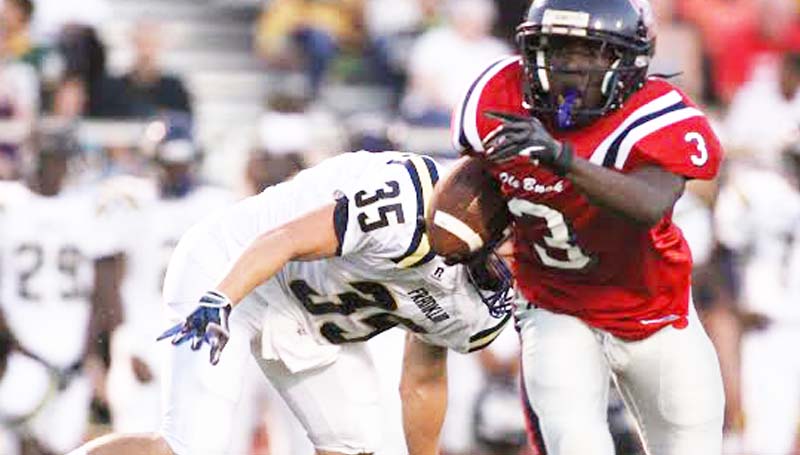 As home openers go, Tommy Clopton knows his Ole Brook Panthers still have a few areas to improve on, but on an offensive note he saw a glimpse of the speed and power his team has en route to a 33-12 victory over Franklin County.

Ole Brook had 392-yards of total offense with senior Tre McDaniel accounting for 148 yards on 20 carries and three touchdowns.

McDaniel, a 5-8, 190-pound running back ripped through the Franklin High defense with precision runs and scores.

“We controlled the line of scrimmage well,” said Clopton. “We settled down in the first half after their early score and made the plays needed to capture the victory. Overall, our guys played well, but we still need to work on some things.”

Ole Brook answered with a swift explosion of runs by McDaniel and senior QB Jon-Mark Mathis. Ken Boyd scored the go ahead TD from 4-yards out. Tyler Mixon added the PAT for a 7-6 Ole Brook lead.

In the second frame, McDaniel added scoring runs from 3 and 4 yards out. Sophomore speedster Thomas Poole scored on an electrifying 14-yard scamper to give Ole Brook a 27-12 lead going into halftime.

McDaniel added the finishing touches on an Ole Brook victory with a 3-yard TD run to cap off an 11-play, 74-yard drive.

Poole was the second leading rusher for Ole Brook with 90 yards on five carries.

Mathis paced the Panthers ground attack with 78 yards on seven carries and completed 5-of-8 passes for 26 yards.

“He played well,” said Clopton about Mathis, who made his first varsity start at QB.

For the Bulldogs, sophomore signal caller DeMartre Collins was 2-of-2 for 70 yards through the air.

Selmon rushed for 78 yards on 16 touches and two touchdowns. He also caught two passes for 70-yards.

The Panthers (1-0) will continue their home stint Friday as they prepare to welcome their longtime rivals, the Lawrence County Cougars, to King Field Friday night. The Bulldogs (0-1) return home to host the North Pike Jaguars. Both games will kickoff at 7 p.m. 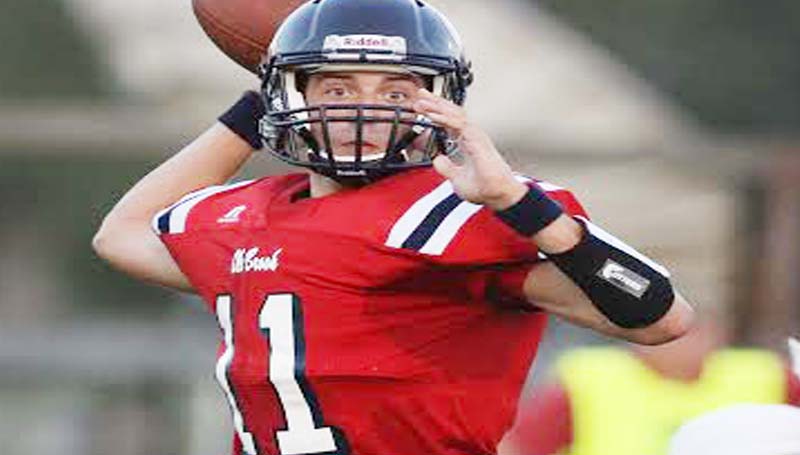