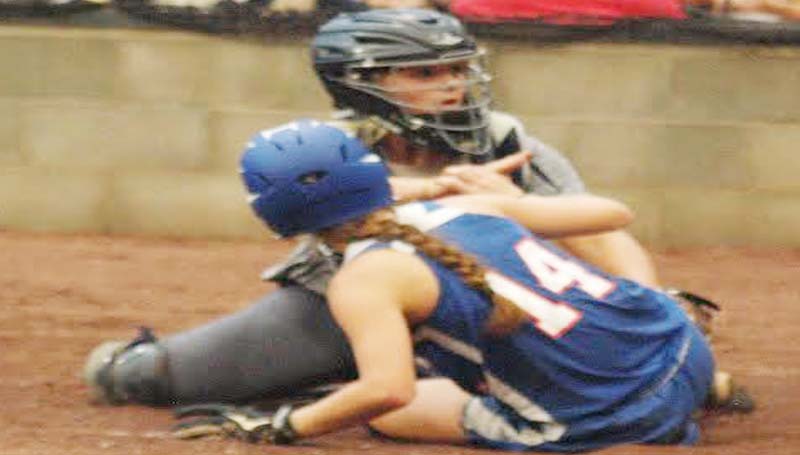 The Lady Bobcats came out strong in the first inning by capturing an early lead and held the Lady Cobras until the game was called due to rain in the bottom of the seventh inning.

Wesson will travel to Florence Saturday to face the Lady Eagles in a double header starting at 11:00 a.m. Bogue Chitto will also be playing Saturday in West Lincoln’s softball tournament, starting at 10:30 a.m.

The Lady Bobcats defeated the Lady Cobras in a 12-3 win.

Winning pitcher, Brooke Myers, had one walk and no strikeouts but the Bobcats defended the field and kept the Cobras off the bases.

Lead fielders were Terrah Nelson (4 outs, 1 assist), Mallory Allen (4 outs) and Alana Nettles (3 outs and 1 assist). Top hitter for BC was Christian Black who hit a grand slam in the fifth inning, which sealed the win. Black also hit 2 singles. Other top hitters for the Lady Bobcats were Colby Kirkland with a double and two singles and Mallory Allen and Terrah Nelson hit a pair of singles.

Lady Cobras’ pitcher, Maddie Jones, had one strikeout and four walks. Wesson’s errors gave the Lady Bobcats opportunities to run the bases and rack up the points.

Wesson hit well but no runners coming home until the fifth inning. Brooke Jones, Kaitlyn Smith, and Aurianna Vaughn got two singles each. Kayla Britt worked shortstop and made three outs and six assists. Harmoni Ashley made six outs at first base. The game was called in the bottom of the seventh due to rain with Wesson having two runners on base with two outs.

Hitters for the Lady Cats were Bailey Jackson and Destiny Wallace with one single each. Gracie Gautreaux fielded three outs and one assist.

No. 1 East Mississippi pounds No. 3 Co-Lin