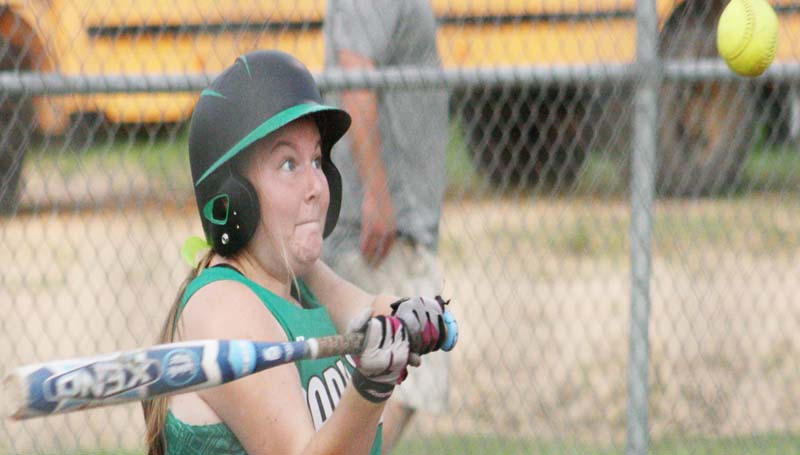 The undefeated West Lincoln Lady Bears kickoff their Region 7-2A season with a 9-0 victory over the visiting Pisgah Lady Dragons Thursday night in slowpitch softball action.

“The girls came out and hit the ball really well to start the game,” said West Lincoln coach Andrew Redd. “Later in the contest, we struggle to get the timely hits that we needed to end the game earlier.”

The Lady Bears (11-0, 1-0) return to action Monday as they prepare to host the Wesson Lady Cobras for a make up due to rain earlier in the season. Junior varsity action begins at 5 p.m., followed by the varsity contest at 6 p.m.

West Lincoln came out of the gate on fire as they overpowered the Lady Dragon in the first inning to secure a 6-0 advantage.

The Lady Bears relied on their tough defense to keep Pisgah scoreless throughout the contest as their offense continued to increase their lead by scoring one run each in the second, third and fourth innings.

MaKennah Redd was the winning pitcher for the Lady Bears with no strikeouts and no walks.

Carline Herrington suffered the lost for the Lady Dragons with one walk and no strikeouts.

Pisgah was lead at the plate by Olivia Lampkin, Savannah Dillard, Katelyn Griffith and Stacy Cole with a single each.

McKenzie Pyles (0K, 2BB) and Anna Brooke Davis (0K, 0BB) combined to capture the win on the mound for the Lady Bears.