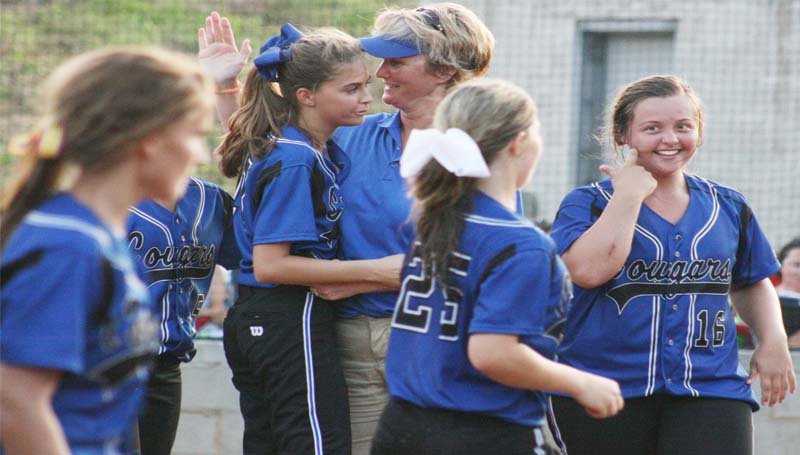 BA defeated Wayne Academy 6-4 in the first game to start the tournament. The Cougars lost to Silliman 10-0 in the second game but finished strong in the finale by surpassing ACCS 7-5.

“I could not be more proud of this moment,” said BA coach Becky Flowers. “Everything these girls have worked for has finally come together. We came through in all areas of the game today. Olivia Lofton pitched her tail off today after Alex Rae Smith broke a bone in her pitching hand, which meant Lofton had to carry all the pitching responsibilities. Overall, I am very excited for my girls and proud of their effort. Now, we must get ready for Monday.”

The Lady Cougars (16-18, 4-4) will return to Liberty Monday with high hopes of clinching a state tournament berth. Action begins at 10 a.m. for Brookhaven Academy as they prepare to take on the winner of Central Hinds/Simpson contest.

Olivia Lofton was the winning pitcher for BA in game one with five strikeouts and four walks.

Abeni Fuller suffered the setback on the mound for BA with no strikeouts and four walks. Lofton (0K, 2BB) saw some action in relief.

Covington recorded the only hit for the Lady Cougars in game two with a single.

The Lady Cougars and the Lady Rebels provided an exciting contest for game three as ACCS managed to take a 5-4 lead after four innings of action.

BA rallied back in the top of the sixth inning to reclaim the lead as Thornton hit a single to put the Lady Cougars up and held on the victory.

Lofton tossed the win in Game Three for the Lady Cougars collecting three strikeouts and allowed only three walks.