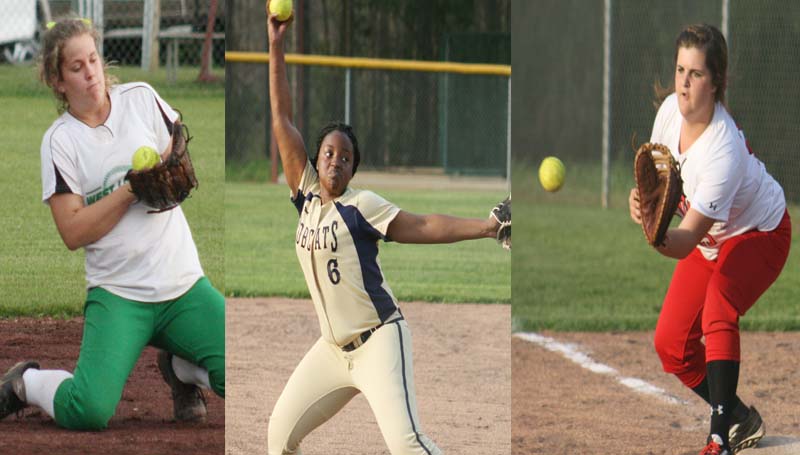 Softball fans from Lincoln County have a chance to watch three local rising seniors: Layton Sills of West Lincoln, Christian Black of Bogue Chitto and Ali Gartman of Loyd Star, as they suit up in their school colors once again. This time, it’s for the 14th Annual MAC All-Star girls’ fastpitch softball games. The games will be played Saturday at Community Bank Park on the Jones Junior College campus located at 900 South Court St. in Ellisville.

Tickets for the games are $5 per person for general admission seating.

After the conclusion of the second Game One game, approximately 1 p.m., there will be a full squad introductions of all fastpitch All-Star players for all classes.

Layton Sills, West Lincoln, batted .333 in her junior year for the Lady Bears with 18 RBIs, four doubles and four triples.

On defense, Sills posted a .944 fielding percentage as the Lady Bears’ shortstop.

West Lincoln coach Andrew Redd said, “It is a honor to have Layton Sills chosen to represent West Lincoln in the All-Star game. She has been a dedicated player and works hard at being successful.”

Christian Black,  Bogue Chitto, provides the Lady Cats with a strong pitching arm and great junior leadership on the field. On the mound, she posted a 7-5 record with an 1.97 ERA. Black led the team in strikeouts with 89 and walked only 31 batters in 64 innings pitched. Defensively, she had an .977 fielding percentage .

At the plate, Black had a .397 batting average on the season with 20 RBIs, six doubles and one home run.

“Christian has been a very productive player throughout her career,” said Bogue Chitto coach Scott Leggett. “She has done a fantastic job on the mound and hitting at the plate. We are extremely proud that she will be representing Bogue Chitto in the all-star game.”

Ali Gartman,  Loyd Star, provides power at the plate and finesse on defense at first base for the Lady Hornets.

Offensively, She batted .424 on the season with 10 doubles, one triple, eight homeruns and had 30 RBIs.

Defensively, Gartman led the Lady Hornets with a .975 fielding percentage.

Loyd Star coach Jan Delaughter was proud of Gartman’s accomplishments. “Ali is a talented player with a powerful bat. She has one of the best defensive gloves as a first basemen that I have coached. She is very coachable and is a joy to coach.”

WESSON – A field of 74 players tried out Wednesday for the District 7 State Games baseball team, in hopes... read more