Nationals eliminate Natchez to advance to the Sub-District Championship 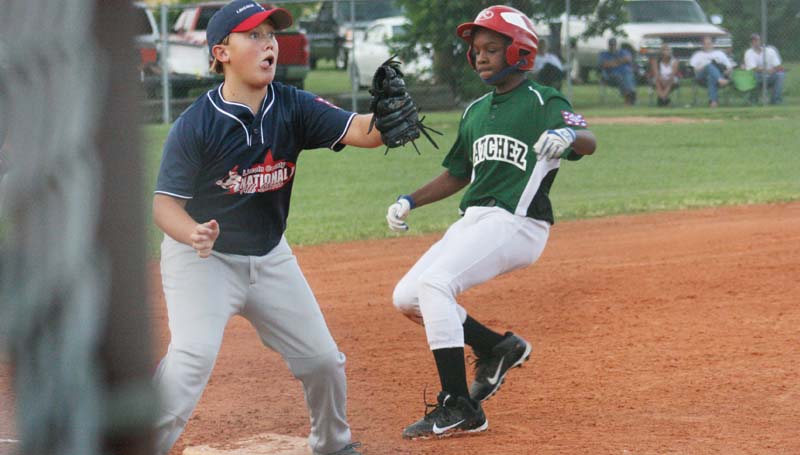 The Nationals will continue action Wednesday night as they prepare to take on the Lincoln County Americans for the Sub-District championship. Game 1 is set to begin at 6 p.m. If a second game is needed, it will start immediately after the conclusion of the first contest.

The Lincoln County Nationals and the Natchez All-Stars came out and battled in a close contest to keep their season alive in the elimination round of the tournament. 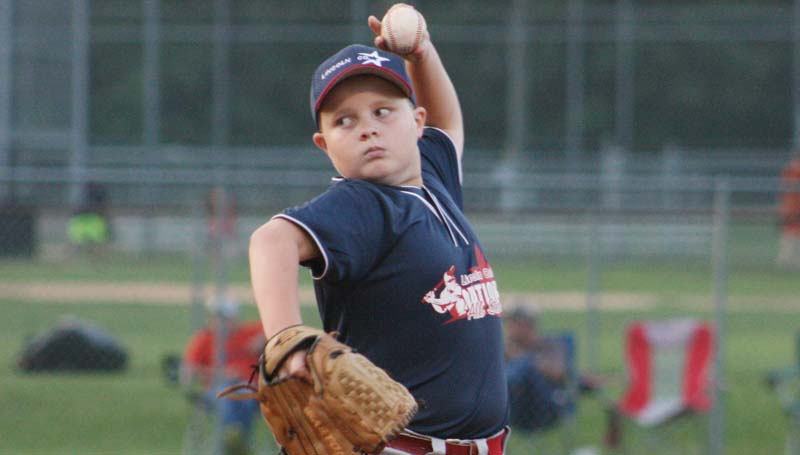 In the top of first inning, Natchez’s offense quickly got things going as they secured an early 2-0 lead over Lincoln County.

In the bottom of the first inning, the Nationals fought back by scoring one run to cut into Natchez’s lead 2-1.

After two scoreless innings, the Nationals managed to get the offense clicking in the bottom of the fourth inning by scoring three runs to take the lead from the All-Stars from Natchez at 4-2.

In the top of the fifth inning, Natchez answered and scored one run to keep the contest close at 4-3.

In the bottom of the fifth inning, the Nationals’ offense caught fire as they hammered the Natchez All-Stars with a six run surge to secure a comfortable 10-3 lead.

In the top of the sixth inning, Natchez came out and worked hard to battle back into the contest as they quickly scored two runs to cut down the Nationals’ lead at 10-5,

With two outs and the bases loaded, the All-Stars from Natchez continued to fight to keep their season alive, but the Lincoln County National All-Stars defense managed to record the final out on a pop up to secure the win and advance to the championship contest.

Brantley Day was the winning pitcher for the Nationals with two strikeouts and three walks. J.T. Smith (4K, 4BB) started for the Nationals and pitched three innings. Trevor Smith (1K, 2BB) collected the save on the mound.

Landon Kruger was the top offensive leader at the plate for Natchez with a double and a single. Christian Wright and Guedon provided a single each.

In Monday’s contest, Will Loy was the winning pitcher for the Americans as he started the second inning and went the distance in relief. Loy finished the contest with four strikeouts and allowed only two walks. Jacob Rushing started the game on the mound for the Americans.

Rushing was the top hitter at the plate for the Americans with a double. Payne Waldrop and Loy hit a single each.

Trenton Tarver absorbed the setback on the mound for the Nationals with six strikeouts and five walks.

Logan Bardwell, Prather and Reid paced the Nationals’ offense with a single each.

BUDE – The Lincoln County Nationals defeated the Franklin County All-Stars 5-4 to keep their season alive and advance to... read more