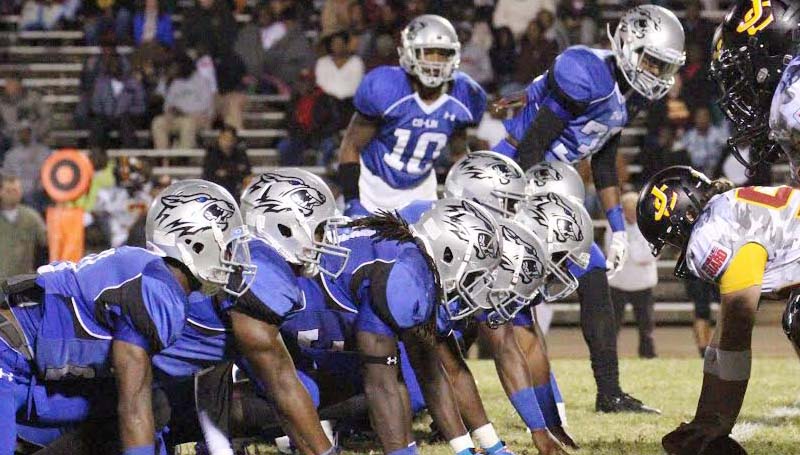 CO-LIN MEDIA / NATALIE DAVIS / The No. 1 ranked Co-Lin Wolves are ready to begin their football season as they travel to Fulton on Thursday, August 27 to face the Itawamba Indians.

WESSON – The Copiah-Lincoln Wolfpack football team will look to defend their division title in 2015 as they host four home games at H.L. Stone Stadium in Wesson. Co-Lin was recently tabbed as the No. 1 team in the nation according to JCGridiron.com. The poll, composed by Rivals.com writer Brad Hoiseth, is an unofficial ranking of the top 30 teams in the country. An official poll composed by the NJCAA will come out at a later date.

Beginning the traditional MACJC nine-game regular season slate, Co-Lin travels to Fulton on Aug. 27 for a week one showdown with the Itawamba Indians at 7 p.m. In 2014 the Wolfpack won their season debut with a 37-13 win over the Indians in Wesson.

The first home game of the season for Co-Lin takes place in week two when the defending national champions, the East Mississippi Lions, come to Wesson for a 7 p.m. kickoff on Sept. 3. Co-Lin met up twice with East Mississippi in 2014. In week two the Lions defeated the Wolfpack, 46-10, in Scooba. Later, in the MACJC State Championship in Wesson, the Lions came away with a 54-15 victory to capture their second consecutive state title. The home opener will be “True Blue Thursday,” as Co-Lin fans are encouraged to wear blue to support their team. The Co-Lin women’s basketball, women’s tennis and men’s tennis teams will be recognized and honored at this game for athletic and academic achievements during the 2014-2015 season.

In week three Co-Lin travels to Moorhead to take on the Mississippi Delta Trojans for a 7 p.m. kickoff on Thursday, Sept. 10. Co-Lin raced past Mississippi Delta, 50-0, in Wesson last season.

Week four will see Co-Lin attempt to avenge their lone division loss of 2014 as they host the Southwest Bears on Sept. 17 at 7 p.m. Last season the Bears jumped on Co-Lin early in Summit and rode that momentum to a 45-35 win over the Wolfpack. It’ll be a “White Out” game, where fans are encouraged to wear white to support the Wolfpack. The High School Tailgate Party an annual event that allows local high school seniors to visit Co-Lin, will also take place this week.

The Wolfpack will be back on the road during week five as they travel to Decatur on Sept. 24 for a 6:30 p.m. contest against the East Central Warriors. The Wolves have won six straight over the Warriors and took a 43-0 victory last season in Wesson.

Week six will be homecoming week in Wesson as the Wolfpack hosts Pearl River on Oct. 3 for a 2:30 p.m. kickoff. Homecoming week will be filled with events and activities in Wesson. Saturday will feature a 5K, the Sports Hall of Fame inductions, reunions, a tail-gate party, and the presentation of the homecoming court prior to the game. Co-Lin handled Pearl River, 20-9, last season in Poplarville.

Week eight will be a renewal of a fierce rivalry as the Gulf Coast Bulldogs come to Wesson on Oct. 15 for a 7 p.m. start. In 2014 the Wolfpack shocked the Bulldogs with a 100-yard kickoff return touchdown that came with only 108 seconds remaining in the game to take a 29-26 win. The game will be the annual “Breast Cancer Awareness Game” that sees Co-Lin raising funds throughout the week to donate to charity and raise awareness.

The Wolfpack will end the regular season on the road as they travel to Jones County on Oct. 22 for a 7 p.m. matchup with the Jones County Bobcats during week nine. Co-Lin clinched their division title last season with a 40-28 win over the Bobcats in Wesson.