Campers and coaches from Mississippi, Louisiana and Alabama making their way to Southwest Mississippi Community College each July for the Dixie Basketball Camp is nothing new; it has been going on since the mid-1970s. But, a major milestone makes this year’s edition of the camp extra special. When the camp opens on Sunday, the folks at Dixie will mark a golden anniversary – 50 years of teaching young men both the fundamentals of basketball and lessons in life. 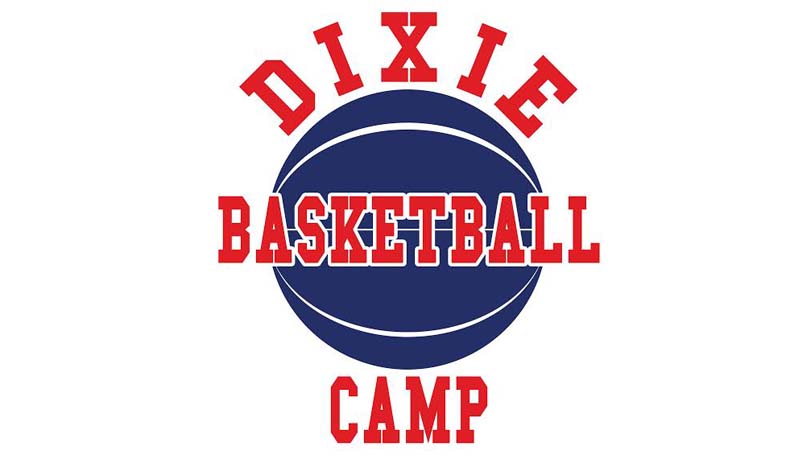 The World Famous Dixie Basketball Camp and Country Club, as it is affectionately known, had its beginnings in Baton Rouge, Louisiana, in 1966. When the need for more space made it necessary, the late Joe Dean Sr., aka. The General (who served as camp director for most of its history) accepted an invitation from the late Horace Holmes (then Southwest president) to bring the camp to Southwest in 1974, and it has remained here ever since.

Little has changed over the 50 years of Dixie (the only major change has been going from three one-week sessions to two). Arriving on Sunday, the campers get settled into their dorm rooms before being assigned to a league and a team (the camp is divided into four leagues with each league having several teams).

The normal camp day begins with breakfast at 7:30. Campers are then required to clean their rooms before proceeding to their respective gyms for a morning of fundamentals/ free throw contests and skills competitions. From 11:30 to 1:30, campers have time for lunch and a little R & R.

During the morning sessions, rooms are inspected for cleanliness. Any violators are expected to “perform” (and the term is definitely used loosely) some type of skit at the afternoon camp-wide assembly.

Following the assembly is two hours of 3-on-3 competition and dinner. Two hours of 5-on-5 is next with a little free time before ‘lights out’ at 10. Thursday nights the campers and coaches are treated to a ‘watermelon buffet’.

Prior to lunch on Fridays, campers from all age groups compete for the camp-wide free throw championship with 5-on-5 championships held after lunch. The week then comes to an end with an awards ceremony during which campers receive certificates for their participation and trophies are awarded for those winning the various competitions of the week.

Asked if he ever thought the camp would make it as long as it has, current director Joe Dean Jr.-aka General II (Athletic Director at Birmingham Southern College) said, “I’m not sure anyone would think a camp would last for 50 years, especially in two locations. (It) has grown in popularity over the past 20 years and word of mouth has helped attract a large number of campers each year.” On average, the camp draws nearly 500 players to the Southwest campus each year.

Dean said he attributed Dixie’s longevity to the fact that it is a “throwback camp, meaning we run it the way most individual, fundamental camps were run in the 70s and 80s.” He said with AAU basketball and so many team and all-star camps to choose from now, there are not a lot of camps like Dixie still in existence, “especially one that continues to go a full week, with fundamental teaching, lots of discipline and motivation, and frankly a spirit and enthusiasm that just doesn’t exist in other camps.”

Why does Dean return each year? “I love the camp,” he said, “everything it is about and the opportunity to give aspiring young basketball players the fundamentals of the game, but also provide life lessons, through stories and motivation, that hopefully will stay with them as they grow older. Plus, my two weeks in Pike County at SMCC is very enjoyable. The people on campus are wonderful and we just have a great time every summer.”

Dean said campers, and coaches, continue to come because “there is no question that our camp has created a unique spirit that emphasizes many of the tangible qualities that are important for athletic success, but also can help a young man in any walk of life that he chooses. As a result, most of our campers and coaches look forward to their week or two at Dixie to be reaffirmed in their character development and motivational lessons.”

Dean estimates the number of campers who have come through Dixie in its history to be “well over 30 thousand”. He said many have gone on to play Division 1 basketball, but he was not sure of that number. In addition, he said “we’ve also had several campers who went on to have football success, including Peyton Manning, Tommy Hodson and Greg LaFluer.”

Two former campers went on the play in the NBA. Dean said, “Calvin Natt, from Northeast Louisiana (now know as Louisiana-Monroe) played for the Denver Nuggets in the 70’s and, currently, Garrett Temple (LSU) is a member of the Washington Wizards.”

With such a long life, it would not be surprising to most that each year brings many “second generation” campers. Dean said “every summer I ask our campers how many of their fathers attended Dixie. On average, we’ll have about 25-30 kids raise their hands.” What may surprise some however is the fact that “last summer, I asked how many of their grandfathers attended Dixie and had three campers raise their hands. Amazing.”

With 50 years of Dixie soon to be in the books, what is in store for the next 50? “I really hope we can continue Dixie at Southwest for many years to come, the Good Lord willing,” Dean said. “As long as the campers continue to sign up and show interest…we will continue to have it. I feel like I have 10 more good years to direct the camp and I am grooming my son, Scott (aka General III) to take over after that.”