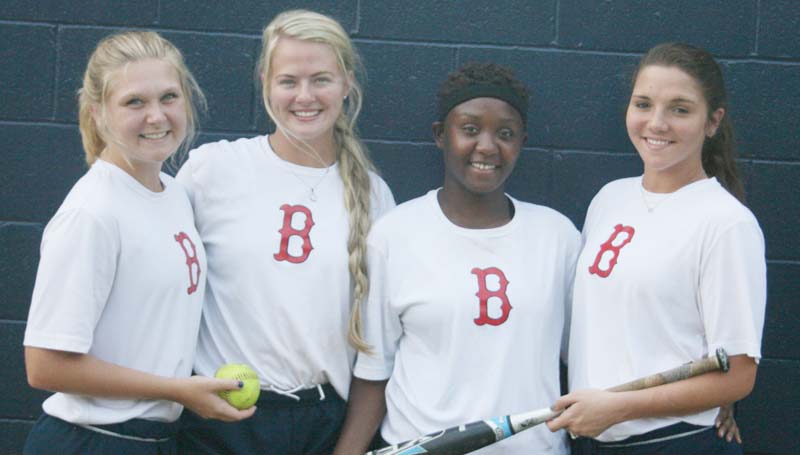 Defense and having power in the lineup will be the Brookhaven Lady Panthers’ key strengths as they prepare to kick off their season Aug. 8 in Lawrence County’s slowpitch softball jamboree in Monticello.

“We are looking forward to another great season,” said Brookhaven head coach Mandy Vinson. “The girls have worked hard all summer to get ready for the season. We are excited and ready to get the season started.”

Vinson will be starting her second season as head coach, after serving as the assistant coach for six seasons behind Chad Walker. Her assistant coaches for the 2015 season are Megan Bateman Case, Erica Bridwell and Allyson Wallace Smith. Vinson has 23 players on her 2015 softball squad.

The Lady Panthers will be looking to improve on a 16-14 season record last year while continuing their strong hold in district action after finishing last season with a perfect 10-0 record.

The Lady Panthers will have eight returning starters to help in the field: Shell at shortstop, Speaks at third base, Brooks at right field, Kat Wallace at second base, Cheyenne Motley at first base, Tia Bussey at left field, Jada Henderson at left-center field and Rileigh at pitcher.

The Lady Panthers will play seven games on the road before returning home for their first home opener against the Bogue Chitto Lady Cats on Aug. 25. The junior varsity game will start at 5 p.m., followed by the varsity game at 6:15 p.m.

DAILY LEADER / MARTY ALBRIGHT / West Lincoln’s Jayden Rushing and the rest of his teammates prepare for practice as... read more