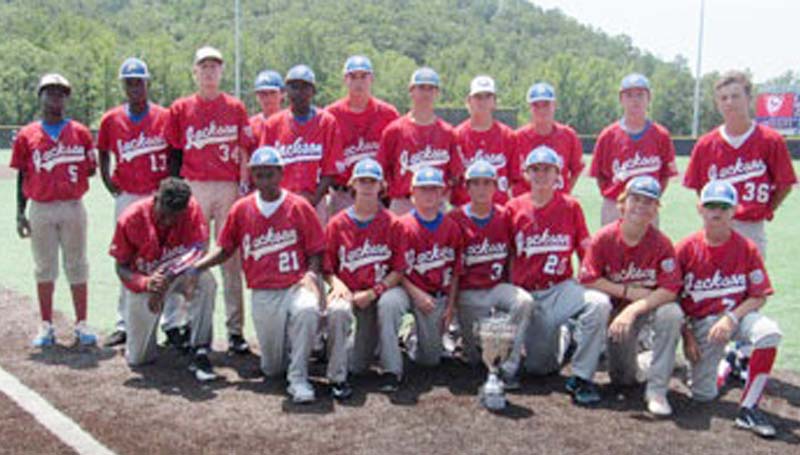 EMERSON, Ga. – Northeast Pride, based out of Honesdale, Pennsylvania, scored five runs in the top of the seventh inning to capture a come-from-behind 7-3 victory over the Jackson 96ers to claim the second annual 14u PG/EvoShield Classic championship.

All of the Pride’s scoring came with two outs, with the game tying run coming on a bases loaded hit by pitch. The first two go ahead runs came on an error, and T.J. Curd drove home the fourth and fifth runs of the frame with a big two-run double.

The Jackson 96ers (Brandon) held the Northeast Pride to only three hits on the day, but the Pride made the most of those three hits in addition to five walks, two hit by pitches and three errors in scoring their seven runs in the game.

Daniel Howell, who was the batter hit by a pitch in the seventh that brought home the game-tying run, was named the event’s Most Valuable Player. Howell hit .500 (4-for-8) in four games, hitting a double and a triple with four RBI and five runs scored. Both of his extra-base hits and two RBIs came in his 2-for-3 performance in Northeast Pride’s 5-2 win over Top Tier Baseball in the semifinals.

Left handed pitcher Austin Fugler, who appeared in three different games for the 96ers, didn’t allow a run in 9 1/3 innings, allowing just three hits and two walks while striking out 11. That includes his 1 2/3 shutout inning in the championship game, which he fanned five Pride batters. He added another 4 2/3 scoreless innings in the 96ers 9-1 semifinal win over CSB Jaxx to advance to the championship game.