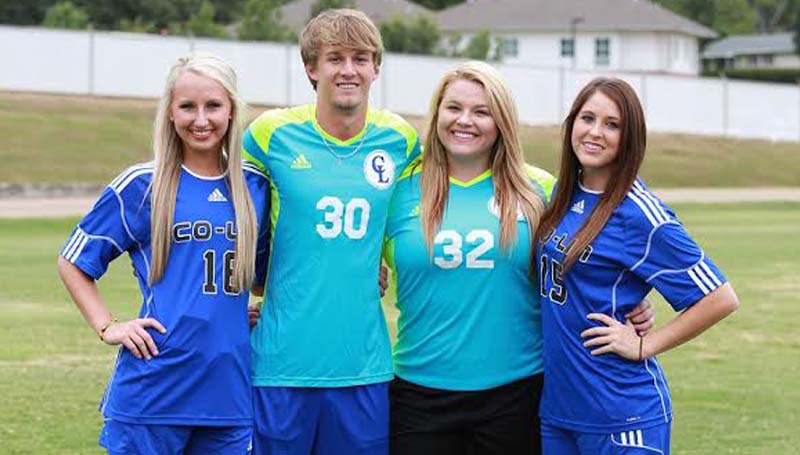 WESSON – The 2015-2016 athletics season officially begins at Copiah-Lincoln Community College on Friday, when the soccer teams host the Northwest Rangers. The Lady Wolves begin at 4 p.m. followed by the men’s match at 6:30 p.m.

The contests will be the debut of Co-Lin soccer coach Junior Noel. Noel was hired in the spring to lead the two programs after former head coach David Strother took the women’s soccer position at Itawamba Community College.

In his women’s team, Noel has one of the biggest groups of sophomores (seven) that Co-Lin has had in quite some time. Offense was hard to come by for the Lady Wolves in 2014 and their new coach hopes that improved play in the midfield will solve that problem.

Sophomore Si’Edriq Middleton has moved to forward from the midfield and will look to be one of the leading offensive threats for the Lady Wolves. Sophomore Madison Johnson, a Brookhaven High product, is back after joining the team during the 2014 season. Johnson is also a Co-Lin cheerleader. Goalkeeper Destiny Allen returns to the position after playing nearly every minute last season in goal. Allen, a West Lincoln graduate, will be joined by freshman goalkeeper Jhessika Crosby. Loyd Star alum Mallory Holden will be among a large group of freshmen fielders that Noel is counting on to contribute in 2015.

“The sophomores have bought into what we want to do, but they don’t always play with confidence and that is something we’re working on improving,” Noel said. “The freshmen have brought some energy and confidence and I have seen the team come together during preseason camp.”

Noel raves about the attitude of his men’s team and believes that giving maximum effort will be a strong suit of the Wolves in 2015. A five man sophomore class returns to give Co-Lin experience mostly on the defensive side. Sophomore defenders Johnny Moore and Montie Smith and goalkeepers Bailey Hart and Noah Johnson all saw significant time in 2014.

Hart was named all-state after his freshman season and will be backed up by Johnson and Loyd Star product Hayden Brownlee. Sophomore Aaron Gutierrez will be one of the players that Co-Lin counts on to carry the scoring load in 2015. Noel also expects big things from freshmen Jorge Fuentes and Mediateur Batevya who come to Co-Lin after being high school teammates at Davidson High School in Mobile, Alabama. Batevya is a native of Tanzania who moved to America with his family while in junior high.

“The guys have done everything I have asked of them,” said Noel. “I couldn’t ask for more from an effort standpoint and I believe that we’re going to be a team that plays hard and plays for each other.”

All Co-Lin home matches are played at the soccer field located adjacent to the softball field and admission is free.

This Saturday night inside the Mercedes Benz Super Dome will be a homecoming of sorts as Franklin County’s Jamie Collins... read more