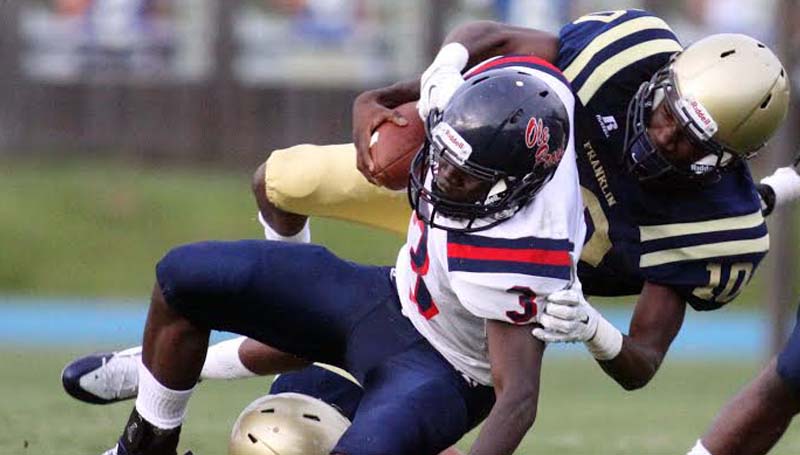 MEADVILLE – Inexperience dogged the Ole Brook Panthers Friday night, as Franklin County built a 13-point lead at halftime and never looked back in a 20-6 win.

“This was a good opening win for us,” said FC coach Anthony Hart. “Brookhaven has a very good, well coached team and we knew that we had to play hard all four quarters to beat them. Our coaches did an outstanding job getting our players mentally and physically prepared for this game. I was very proud of their effort.”

In the first quarter, the Bulldogs’ defense came out strong, forcing Ole Brook to punt the ball away. Franklin County’s offense responded with a quick strike as De’Martre Collins caught a 21-yard touchdown pass from quarterback Jacob McDaniel with 10:01 remaining. Thomas Stagle was successful on the extra point. 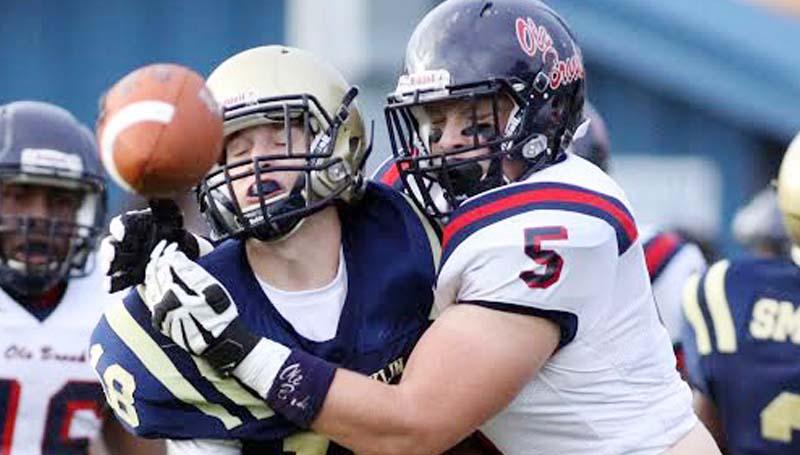 After that outburst, both teams settled down and the first quarter closed with Franklin County leading Brookhaven 7-0.

In the second quarter, the defensive slugfest continued until the last minute of the half, when Antonio Christmas caught a 26-yard touchdown pass from McDaniel to give Franklin County a 13-0 advantage at halftime.

In the second half, Brookhaven’s and Franklin County’s defense continued to impress the crowd with heavy hits and big stops.

The Panthers managed to break up Franklin County’s bid for a shutout late in the third quarter when Ole Brook’s senior running back Thomas Poole broke free to score on a 54-yard run with 4:33 remaining. The Panthers attempted a two-point conversion but were unsuccessful. After three quarters of action, Franklin County was still in the lead at 13-6.

In the final quarter, Franklin County cashed in an early touchdown on a one-yard run by Cortney Smith with 11:54 remaining.

“Defensively, we played really well but our youthfulness and inexperience was the deciding factor,” said BHS coach Tommy Clopton. “Offensively, we struggled to move the ball against a very good Franklin County ball club. Overall, I was very pleased with the guys’ effort, but we still have a lot things to work on to get ready for the next game.”

Thomas Poole directed the Panthers’ ground attack with 18 rushes for 131 yards. Quinn completed 2-of-12 passes for 27 yards. Darrian Wilson was the top receiver with two catches for 27 yards.

Cortney Smith powered the Bulldogs’ offense with 25 carries for 103 yards. Collins led all receivers with five catches for 77 yards and also rushed for 59 yards on 17 carries.

McDaniel completed 5-of-11 passes for 115 yards

The Panthers (0-1) will return to action Friday as they welcome Northwest Rankin to King Field. The Bulldogs (1-0) will host the South Pike Eagles. Kickoff is at 7 p.m.