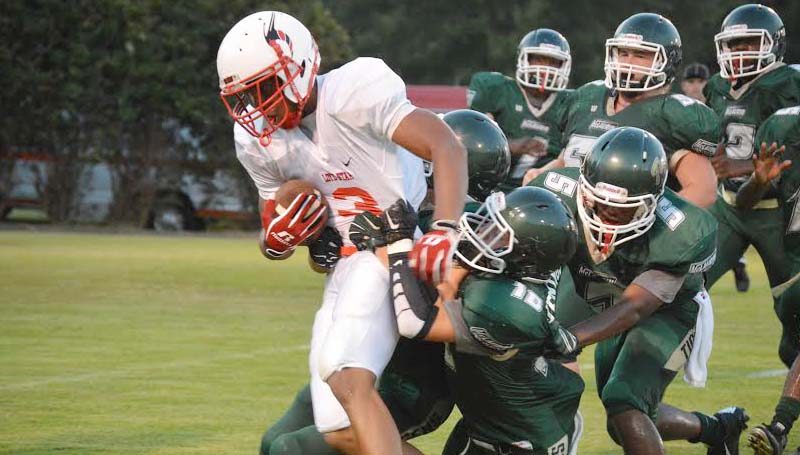 FLORENCE – For the second week in a row, the McLaurin Tigers beat a local team with a last-minute touchdown drive. On Friday night, it was Loyd Star on the losing end of a 27-21 game in Florence.

Freshman running back Javion Beard had a career night for his Hornets as he scored all three of Loyd Star’s touchdowns. Beard powered the Hornets’ rushing game with 14 carries for 149 yards and had two rushing touchdowns. He also cashed in a 73-yard punt return for a touchdown and caught one pass for 16 yards.

Parker Flowers directed the Hornets’ passing attack completing 4-of-5 passes for 34 yard. He rushed for 43 yards on nine carries.

Patrick Price was one of Loyd Star’s top return specialist as he ran back three kick-off returns for 62 yards. Konner Allen returned one for 18 yards.

After a two-week road tour, the Loyd Star Hornets (1-1) will return home to host the Sacred Heart Crusaders for their first home opener of the season Friday. Kickoff is set for 7 p.m.