Wolfpack new No. 1 team in the nation; travels to Delta 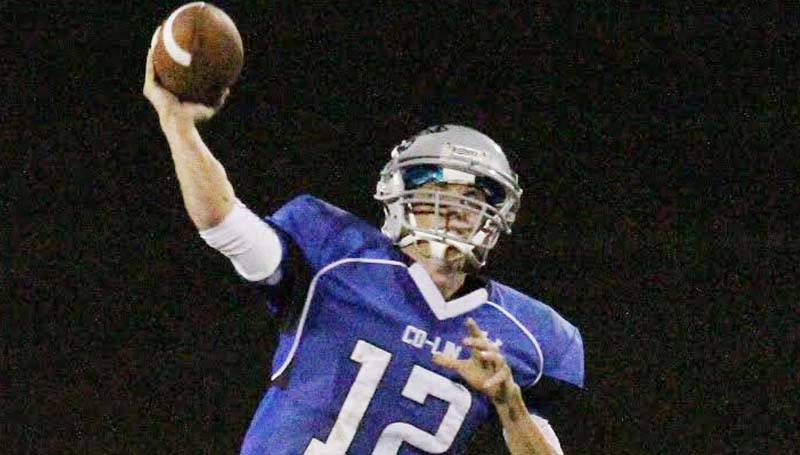 WESSON – Coming off one of the biggest wins in program history, the No. 1 Copiah-Lincoln Wolfpack travel to Moorhead on Thursday for a matchup with the Mississippi Delta Trojans.

For the first time in program history Co-Lin is ranked No. 1 in the NJCAA Top 20 Poll after defeating previous No. 1 East Mississippi, 21-24 in overtime. East Mississippi dropped to No. 7 in the poll after seeing their 25 game winning streak ended.

The Trojans, under the direction of head coach Jeff Tatum, are coming off of a 20-13 loss to the Southwest Bears. The game was tied at 13-13 when Southwest scored the go-ahead touchdown with 23 seconds remaining. Delta led 7-3 at halftime. The Trojans (0-2) finished 3-5 in 2014 with wins over East Central, Coahoma, and Northeast.

Last season in Wesson, Diquan Davis returned the opening kickoff 94-yards for a touchdown as the Wolfpack rolled to a 50-0 win over Delta. Co-Lin holds a 26-22-3 record all-time against the Trojans.

Co-Lin was led in their win over East Mississippi by running back Lakedric Lee. Lee gained 226 all-purpose yards, scored two touchdowns, and was named MACJC Offensive Player of the Week.

The Co-Lin defense was relentless in slowing down a high-powered East Mississippi offense. Sophomore linebacker Zachary Williams led the Wolfpack with 10 tackles. Sophomore Joseph Este (five tackles, one sack) forced a Lion fumble on the second play from scrimmage that was recovered by sophomore Paul James III (seven tackles, two sacks). Sophomore Adrian Scott broke up three passes, one of them coming on fourth and goal from the 5-yard line. Mississippi State commit Lashard Durr finished with eight tackles and one pass broken up.

Co-Lin quarterback Garrett Kruzcek has thrown for 686 yards (58-of-93) through two games. Ole Miss transfer Dayall Harris has caught 10 passes for 123 yards so far this season.

Kickoff is set for 7 p.m. at Jim Randall Stadium in Moorhead. An audio broadcast of the game can be heard on WMJU 104.3 in Brookhaven or on colinathletics.com.