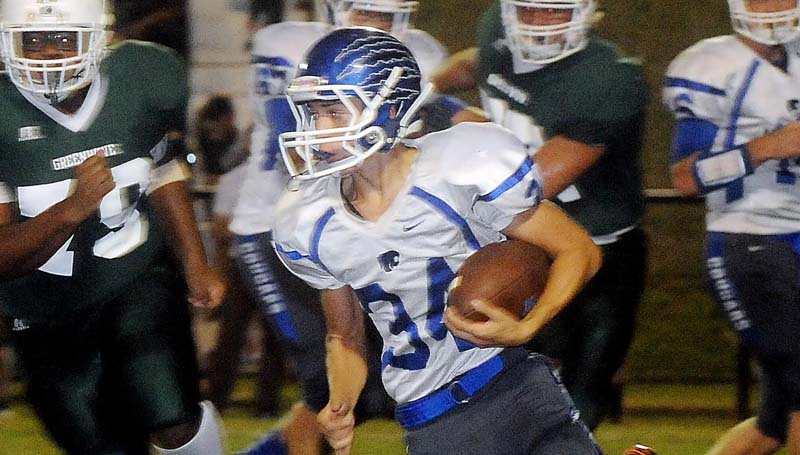 NATCHEZ – Inclement weather in the Natchez area caused an early ending between Brookhaven Academy and Cathedral Friday night, with the Cougars suffering a 41-6 loss.

Before the stoppage in play early in the third quarter, the Green Wave had already hit like a tsunami with six touchdowns in the first half before the Cougars jumped on the board to open the third quarter of play. Officials called the game during the delay.

The Cougars run defense had a tough time stopping the Cathedral running backs as they combined for 197 rushing yards and four touchdowns on 23 carries, an average of eight yards per carry.

The Green Wave, MHSAA state champions in 2014, would add 111 yards through the air and two more touchdowns.

Senior quarterback William King powered the Cougars’ offense by finishing 9-of-10 for 67 passing yards and backup quarterback Madison Smith completed 1-of-8 for 11 yards.

The Cougars’ only touchdown came in the third quarter on a 16-yard pass play from William King to Carter Culbertson.