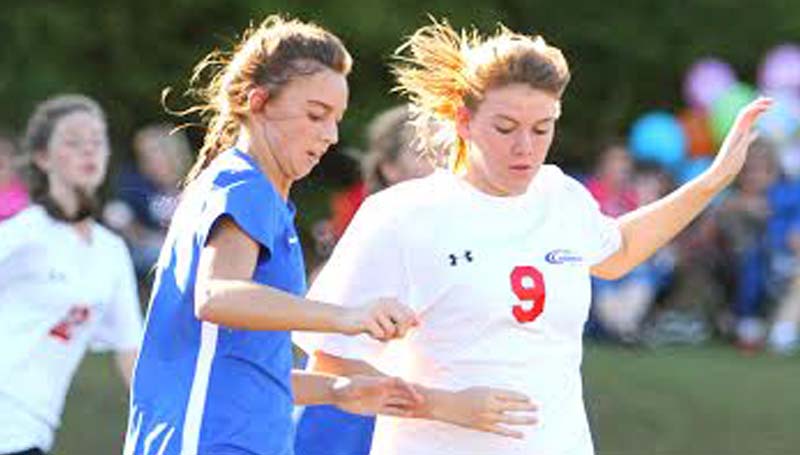 “This was our first game without quarter breaks and with only two reserves and a few of our starters not available, we really had a hard time competing for a 40 minute half without a water break,” said BA coach Mark LeBlanc. “We did our best for 70 minutes and then we just kind of wilted in the last 10 minutes of the game. Hats off to Copiah Academy, they have a couple of outstanding soccer players.”

The Lady Cougars trailed 3-0 at halftime, and scored their first goal of the second half on a long sideline throw in from Sophie Wilson to Shelby Flum, who beat one defender and lifted the ball over the goalie’s head with a perfectly placed chip shot to make the score 3 -1.

In the final 10 minutes of the second half the Lady Colonels caught fire and scored 5 goals on a tired Lady Cougar soccer team.

Tori Clement, a University of South Alabama signee, and Anne Marie Russell led the way for the Lady Colonels with two and four goals respectively.

“I really thought Madalyn Ogelsby and Julianna Mills gave tremendous effort for us today,” said LeBlanc. “Madalyn covers more ground than any of our players and was the main reason we were able to keep it as close as we did for most of the game. Our back line struggled with the skill of Copiah’s more experienced forwards and our goalie McKinley Evans was under constant pressure, but played well for most of the game. Sophie and Shelby worked on a sideline play at halftime and they were able to execute it in the second half for our only goal of the game. Shelby made a great shot and is improving every week.”

“We are always proud of the effort these girls give, many of them are new to competitive soccer and still learning. We just want them to concentrate on soccer for 80 minutes every time they are on the field and to match our opponents intensity, today we struggled with that, but we played a very tough team.”

The Lady Cougars return to action on Saturday at the ACCS shootout in Natchez.