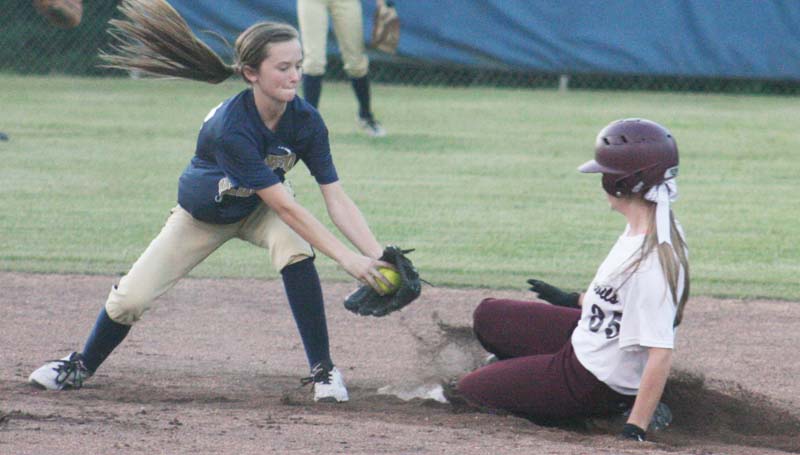 “We hit the ball really well at times,” said BC coach Scott Leggett. “Stringer has a good team and they made some good defensive plays to stay in the game. Overall, this was a big win for us. Defensively, we had one bad inning but we made up for it in the bottom of that inning.”

The Lady Cats (10-3, 1-0) will continue action today as they host the Amite County Lady Trojans. Junior varsity action begins at 5 p.m., followed by the varsity game at 6:15 p.m.

The Lady Cats and the Lady Red Devils battled in an important division test to see who will secure the No. 1 spot in the Region 7-1A race.

In the bottom of the first inning, the Lady Cats set the tone early to claim a 1-0 lead.

In the top of the second inning, the Lady Red Devils charged back and scored four runs to secure a 4-1 advantage. But the Lady Cats answered Stringer’s challenge in the bottom of the second and plated five runs. BC was led by Christian Black’s three-run home run as it took a 6-4 lead.

BC added to its lead by scoring two runs each in fifth and sixth innings to claim a 10-4 victory.

Brooke Myers was the winning pitcher for the Lady Cats with no strikeouts and no walks.

Abby Sawyer suffered the loss for Stringer with one strikeout and nine walks.

Stevie Montgomery pitched the win for BC with one strikeout and no walks.

Daily Leader / Marty Albright / The Brookhaven Southern Wildcats kicked off their season Saturday with a win on the... read more