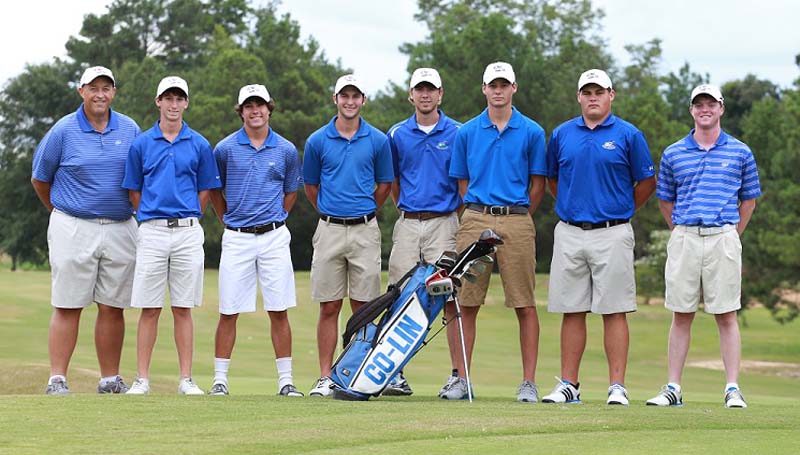 WESSON – The Copiah-Lincoln golf team will be young and untested in 2015-2016, but their coach thinks they’ll be talented and deep. “Most of these freshmen have played a high level of high school golf and have been very active in junior tournaments throughout their careers,” said Wolfpack head coach Ronny Ross.

The seven man roster will feature only one sophomore in Lawrence County High School product Drake Nelson. “We’ll need Drake to be a leader for us, but I think these young guys come in with a solid foundation of hard work,” Ross said.

It will be a new world in the Mississippi Association of Community and Junior Colleges in 2015 as the season moves to a two semester schedule after previously being played as a spring sport. Ross is excited about the move as he’s always been a champion of the plan in the past. “Our kids will miss less class, we’ll have less weather cancellations, and they’ll be playing their best golf in the fall after tournaments all summer,” said Ross.

One freshman who has played his fair share of golf in the summer is Cole Arseneault of Baton Rouge. Arseneault, who was home schooled, follows in the footsteps of his brother Chad, a former Co-Lin golfer. “I think our top five has the potential to be as good as anyone in this league,” said Ross. Freshmen Joseph Dendy (Brandon HS ), Brandon Blakeney (Northwest Rankin HS), and Philip Heine (Madison Central HS) come to Co-Lin after playing for some of the top golf programs in the Jackson-Metro area.

Southern Mississippi-Nebraska game to be televised

HATTIESBURG (AP) – The Southern Miss football game at Nebraska on Sept. 26 has been picked up for television and... read more