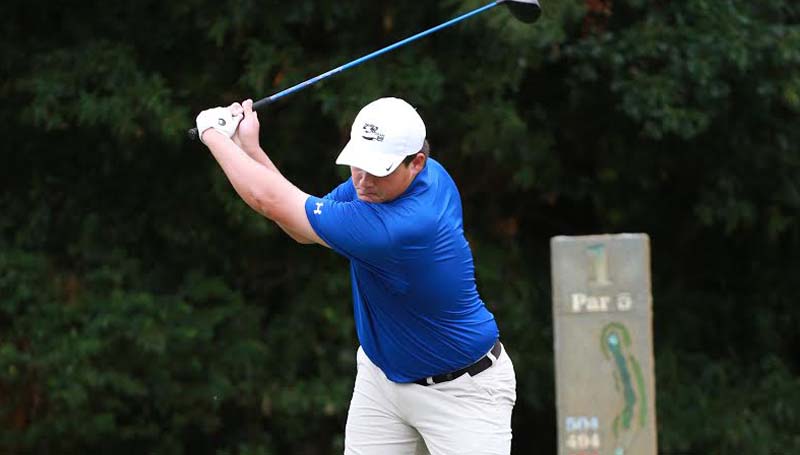 Co-Lin Media / Johnny Smith / Joseph Dendy of Brandon along with teammate Philip Heine tied for 10th place in the opening tournament of the MACJC.

RAYMOND – The Copiah-Lincoln Wolves golf team shot a 610 (+34) at Eagle Ridge Golf Club in Raymond to finish fourth in the opening Mississippi Association of Community and Junior Colleges (MACJC) golf tournament of the season.

Mississippi Gulf Coast captured the tournament with a 579, edging Meridian by three strokes. East Central finished third with a team score of 600.

Individually Co-Lin was led by freshmen Joseph Dendy and Philip Heine. Dendy, a Brandon High School product, shot a 149 (74, 75) to finish tied for 10th. Heine also finished tied for 10th and shot one of the lowest rounds (71) of day two after shooting a 78 on the first day.

Next up for the Wolves is a tournament hosted by Northeast Mississippi at Shiloh Ridge Athletic Club in Corinth on Sept. 19-20.