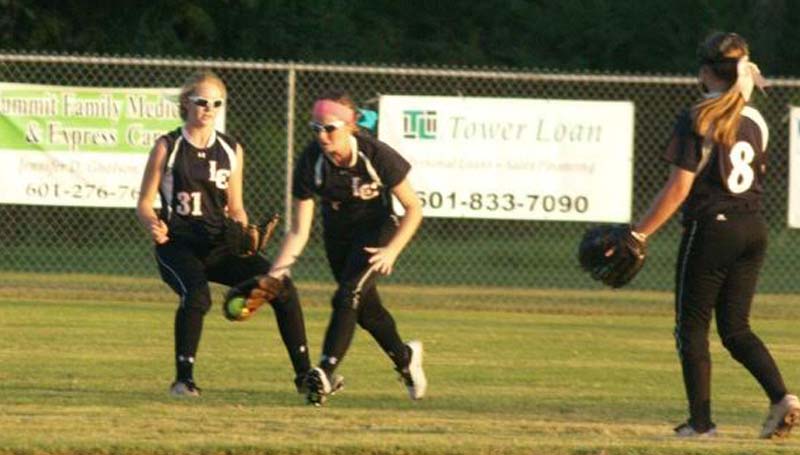 Defense was the key for the Lady Cougars. LCHS outfielders hauled in 13 fly ball outs.

Both Lawrence County and West Lincoln entered Thursday’s game with impressive 11-2 records, with both teams’ losses having come to two other area teams – Bogue Chitto and Brookhaven. Thus, the Lady Cougar/Lady Bear matchup appeared to be a dead even contest.

Lawrence County took a 1-0 lead in the top of the first. Josey Nations reached second on a two-base error, moved to third on a Jordan Harp single, and scored on a Maddux Kirkland sacrifice fly.

It remained 1-0 until the top of the fourth, when the Lady Cougars pushed across three more runs. Josey Nations’ booming double to left-center drove home two runs, and a Jordan Harp sacrifice fly accounted for the other.

West Lincoln’s biggest threat came in the bottom of the fifth, when the Lady Bears loaded the bases with one out. That threat produced no runs, however, nor did the bottom of the seventh, when West Lincoln got back-to-back singles to start the frame. Three soft fly balls ended the game.

ETHEL – The Bogue Chitto Lady Cats cruises to an 7-2 victory Thursday night over the Ethel Lady Tigers in... read more