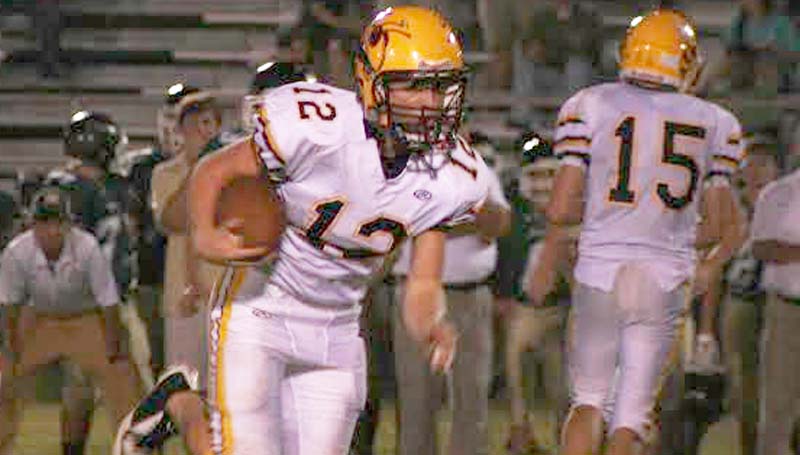 FLORENCE – The Enterprise Yellow Jackets suffered a heart-breaking 41-34 loss in the closing minutes to the McLaurin Tigers Friday night.

“McLaurin has a good ball club,” said Enterprise coach Brooks Burns. “Overall, I was very pleased with my guys’ efforts. They played hard and did not quit. We just had a turnover at the end that really hurt us.”

Trailing 21-0 in the first quarter, the Jackets managed to get on the scoreboard on a 65-yard run by Tanner Waldrop to cut into the Tigers’ lead at 21-6.

In the second quarter, Waldrop scored his second touchdown of the night on a 6-yard run. The Jackets were successful on the two-point conversion as they trailed at halftime 28-14.

Enterprise cut into McLaurin’s lead at 41-34 on two rushing touchdowns by Zach Hodges and one a touchdown run by Waldrop. The Jackets were successful on one of three attempts for the two-point conversion as the game ended in McLaurin’s favor 41-34.

Sophomore running back Tanner Waldrop was the offensive leader for Jackets with 13 carries for 192 yards rushing. Wesley Blazier contributed eight rushes for 73 yards. Zach Hodges had eight carries for 57 yards.

The Jackets (3-2) will have this week off before returning to action Oct. 2 as they host the Prentiss Bulldogs for a big Region 7-2A test at Harry Cole Field.