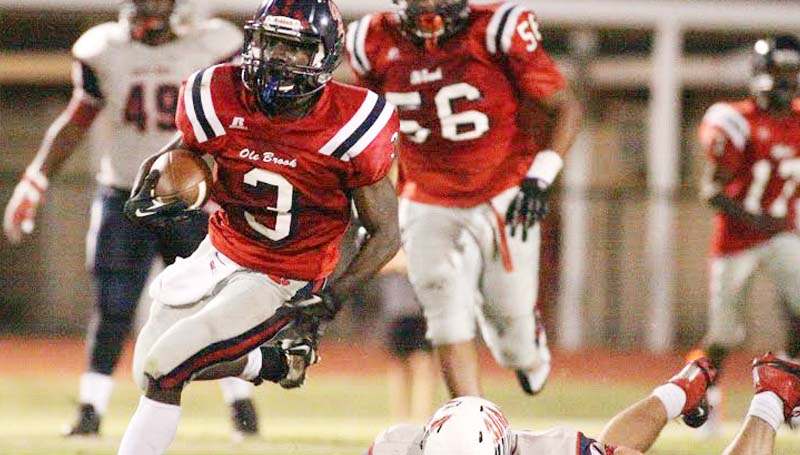 A 22-yard touchdown strike in the final minute gave South Jones enough to escape with a 24-17 Region 3-5A win over Brookhaven Friday night.

Quarterback Will Mitchell hit John Mitchell for the game-winning score.

“We didn’t make the plays we needed to win the game,” said BHS coach Tommy Clopton. “We had opportunities to score and chances to get stops, but we didn’t do it. We’ve got to learn how to finish games to win. It was another win that got away from us.”

Offensively, senior running back Thomas Poole was the leader for the Panthers with 21 rushes for 156 yards and a touchdown. Freshman quarterback Sevante Quinn completed seven-of-14 passes for 69 yards and rushed for 82 yards on 13 carries and one touchdown for Brookhaven.

Zarian Harper was the top receiver for Brookhaven with three catches for 27 yards. Tyriq Reese caught two passes for 20 yards. 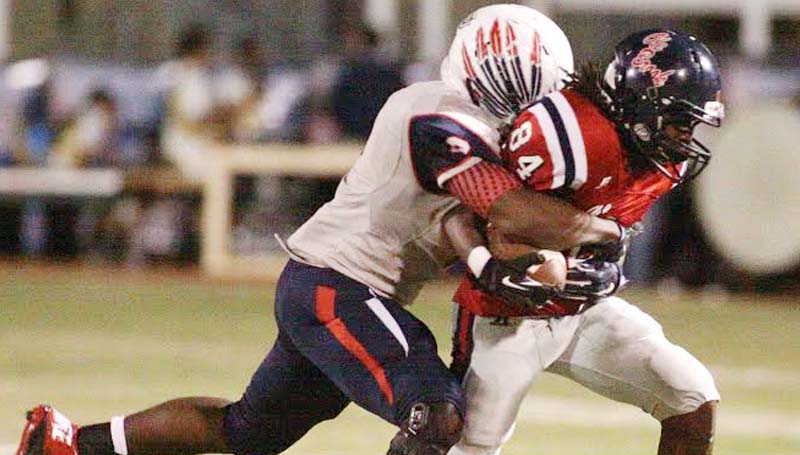 For the Braves, senior running back Scott Phillips led the team with 164 yards rushing on 32 carries and a touchdown. Mitchell completed 4-of-12 passes for 77 yards and rushed for 21 yards on four carries.

The Ole Brook Panthers came out in the first quarter and dominated the line of scrimmage both offensively and defensively as they held the Braves scoreless.

The Panthers managed to score the first points of the game in the first quarter as they marched down the field and scored on a 4-yard run by Quinn. Tyler Mixon kicked the extra point to give the Panthers a 7-0 lead.

In the second quarter, the Panthers continued to move the ball against the Braves but struggled to punch it into the endzone as Ole Brook settled for a 24-yard field goal by Mixon.

Before the end of the first half, South Jones rallied back to cut into Brookhaven’s lead with a 72-yard sprint from Phillips. The Braves trailed 10-7 at halftime.

In the third quarter, South Jones outscored Brookhaven 10-7 to tie the game before heading into the final frame.

The Braves then nailed a 28-yard field goal and scored on a 16-yard touchdown pass from Mitchell to Mitchell.

Brookhaven’s touchdown in the third period came from Poole on a 60-yard sprint to paydirt. Mixon was successful on the extra-point kick.

The Panthers (0-5) will be on the road next week as they travel to Wayne County. The Braves (5-1) return home to host West Jones. Kickoff is at 7 p.m.