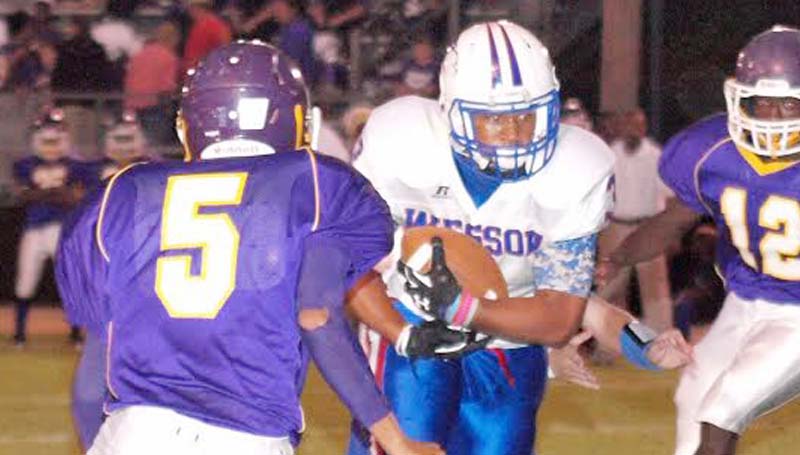 MOUNT OLIVE – The Wesson Cobras captured a big victory Friday as they clobbered the Mount Olive Pirates 42-0 in their last tune up before starting division action next week.

“I thought our guys played well tonight,” said Wesson coach Ronald Greer. “I saw some vast improvements in our kicking game tonight. Logan Channell went 6-for-6 on extra points. Joseph Carraway did a good job of handling our kicking of duties tonight. It was his first night to do it. Overall, it was great to get a win as we head into district play next week.”

Wesson came out and quickly dominated the Pirates, scoring on their first six possessions of the game.

Jamarcus Patterson led the Cobras on their first three touchdown drives, scoring on five-, three- and 10-yard runs to give Wesson a 21-0 advantage.

After a punt by the Pirates, the Cobras punched in another touchdown on a 52-yard run by Dale Thigpen.

On Wesson’s fifth touchdown drive, Cornelius Barlow got into the scoring spree with a 20-yard run.

The Cobras final touchdown of the night came on a three-yard run by Slay Acy after Jeremiah Stapleton returned a punt 52 yards.

Devin Merrill and Barlow intercepted a pass each.

Mount Olive finished with 39 yards of offense, with 18 yards rushing on 31 carries and had two pass completions for 21 yards.

The Cobras (3-3) will begin Region 7-3A action next week as they travel to Hazlehurst to battle the undefeated Indians (5-0). Kickoff is at 7 p.m.

TYLERTOWN – For nearly three quarters the Franklin County Bulldogs had the Tylertown Chiefs on the ropes, but they could... read more