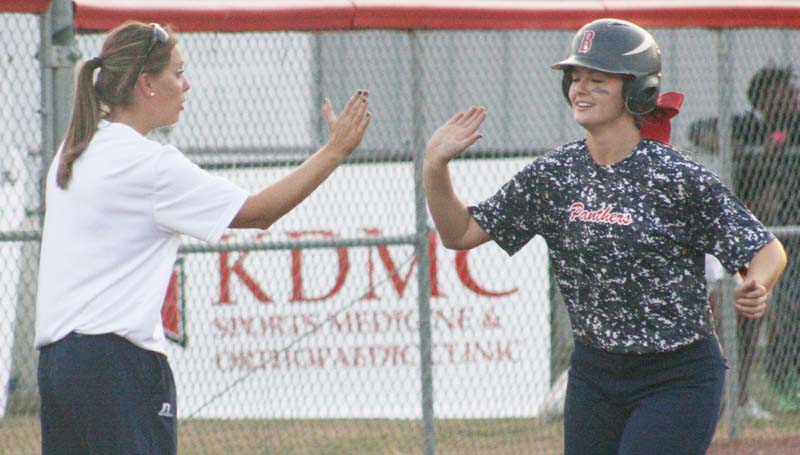 The Brookhaven Lady Panthers put on a hitting clinic Tuesday night as they clobbered the Murrah Lady Mustangs 15-0 and 22-0 to win the division crown for the fourth straight time.

“I am very proud for the girls for winning district this season,” said BHS coach Mandy Vinson. “Now, we must get ready for a big day Saturday at Bogue Chitto to get ourselves ready for the playoffs.”

The Lady Panthers (17-6, 8-0) will wrap up their regular season Saturday as they travel to Bogue Chitto to participate in BC’s softball tournament. Brookhaven battles Lawrence County at 10 a.m., Bogue Chitto at 11:30 a.m. and Franklin County at 2:30 p.m.

The Lady Panthers hammered the Lady Mustangs in a three-inning contest. 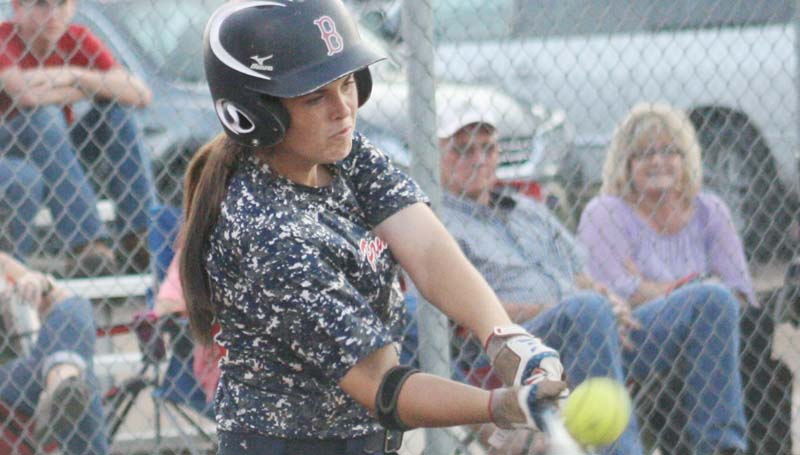 Rileigh Allen was the winning pitcher for Brookhaven with two strikeouts and no walks.

Imani Hines absorbed the loss on the mound for the Lady Mustangs with no strikeouts and four walks.

Brianna Kendrick was the only hitter to reach base on a single for Murrah.

In the second game, the Lady Panthers continued their strong hitting streak to collect another win in a three-inning contest.

Cheyenne Motley tossed the win for BHS with two strikeouts and no walks.

Kendrick took the loss on the rubber for Murrah with no strikeouts and eight walks.

Katherine Shell sparked the Lady Panthers at the plate by hitting two 2-run home runs to collect her 13th home run overall on the season. Ziskin and Henderson hit a double and a single each. Thompson, Fuller and Brooks contributed two singles apiece. Speak provided a double and a single. Lydia Butler had a double. Wallace, Motley and Bussey hit safely.