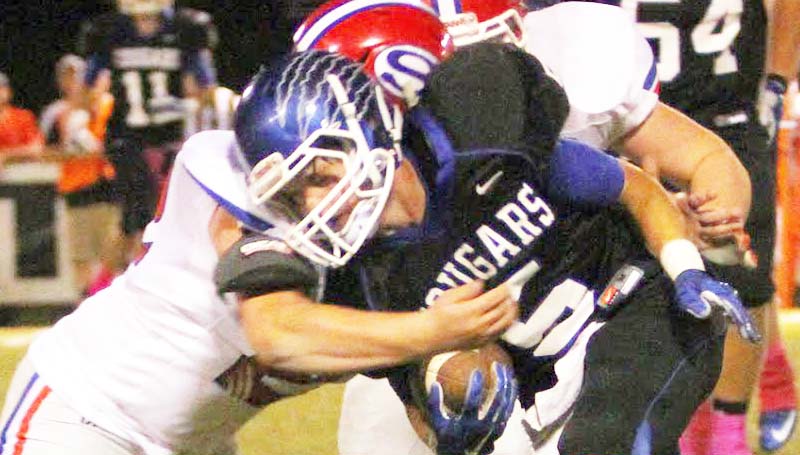 Simpson Academy had its homecoming ruined last season when Brookhaven Academy shut them out 27-0 in Mendenhall. With revenge on their minds, the Cougars of Mendenhall returned BA’s opening kickoff 88 yards for a touchdown by Kyle Burney and never trailed in a 51-0 win on BA’s senior night at R.M. “Red” Stuard Field.

In the second period, Johnson nailed a 22-yard field goal to give Simpson Academy a 37-0 halftime lead.

Offensively, BA’s junior quarterback, Madison Smith, had 109 yards of total offense, but was picked off twice. Smith finished 10-of-25 for 93 yards and rushed for 16 yards on six carries.

Matthew Burney completed two passes for 37 yards. Cullen Show was the top receiver with one catch for 25 yards.

BA will be in action Friday for its final game of the season as they travel to Gallman to take on the Copiah Academy Colonels. Kickoff is at 7 p.m.