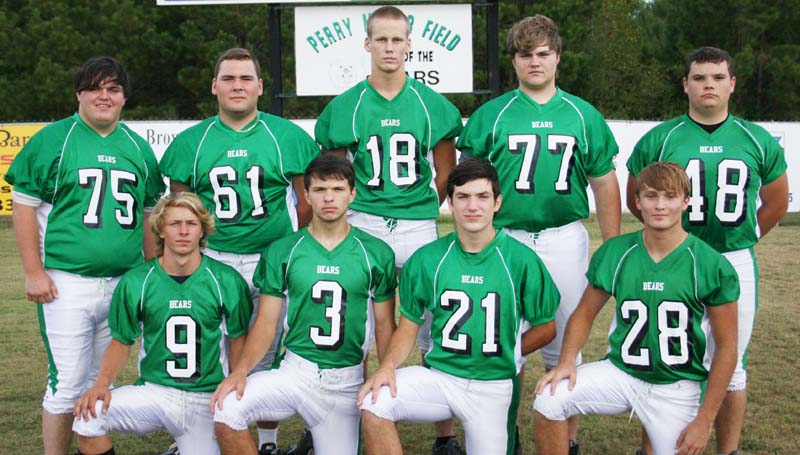 Playoff seeding is on the line as several local and area schools fight to stay alive in their region races with two or three games remaining in MHSAA regular season football action.

Five local schools will have home games Friday night in Week 10 of high school football. The Enterprise Jackets will battle their Lincoln County/Region 7-2A rivals, the West Lincoln Bears, at Harry Cole Field.

In another Region 7-2A contest, the Loyd Star Hornets will welcome the three-time defending state champions, the Bassfield Yellowjackets, to W.E. “Sambo” Smith Field.

In Region 3-5A action, the Brookhaven Panthers host the West Jones Mustangs at King Field.

In Region 6-4A action, the Lawrence County Cougars travel to Richland to take on the Rangers.

In Region 7-3A action, the Wesson Cobras will host the Franklin County Bulldogs in Stone Stadium.

In Region 7-1A action, the Bogue Chitto Bobcats will visit Pascagoula to battle the Resurrection Catholic Eagles.

In a MAIS contest, the Brookhaven Academy Cougars will invade Gallman to play the Copiah Academy Colonels.

This week, the Bears are hungry for a district win as they prepare to travel across Lincoln County to battle the Enterprise Yellow Jackets in a big Region 7-2A contest.

West Lincoln’s top offensive performer against Prentiss was junior quarterback Nathaniel Addison. He completed 12-of-24 passes for 146 yards. Chase Owens led all receivers with five catches for 121 yards and a touchdown.

Enterprise (3-5, 0-3),  coached by Brooks Burns, traveled to Loyd Star Friday and battled the Hornets in an offensive showdown.

Heading into the final period down 38-14, Enterprise rallied back to outscore the Hornets 18-16, but came up short at the end falling to Loyd Star 54-32.

This week, the Jackets are looking to shake things up in the fight for the final playoff spot as they take on the West Lincoln Bears at home.

My prediction: In a battle to keep playoff hopes alive, the Bears elude the Jackets 32-28.