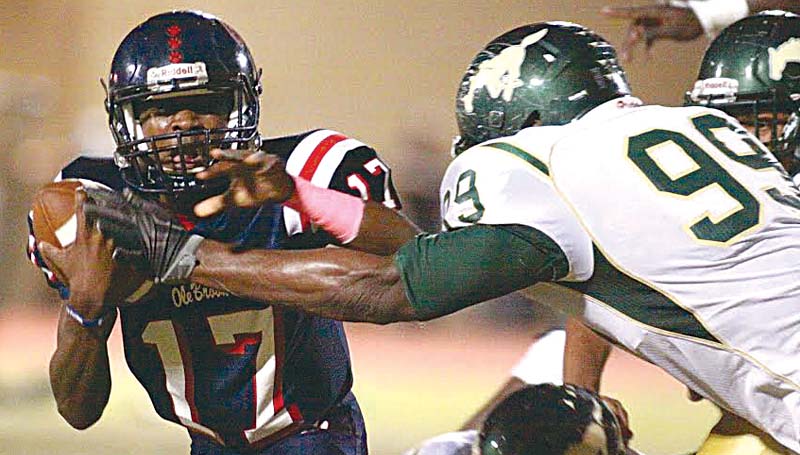 Brookhaven captured its second win of the season with a thrilling 27-26 victory over the West Jones Mustangs Friday night in Region 3-5A action at King Field.

“Our guys played hard to the very last play,” said BHS coach Tommy Clopton. “Thomas Poole made two great plays the first half before he got hurt and our defense kept us in the game until we found a way to put together enough offense to win. Darrian Wilson and Kenneth Dixon did a great job of executing the hitch and pitch and we had several other guys step up and make key plays at crucial times. I am proud of the resiliency that our team and our coaches showed.”

In the second half, the Panthers rallied back to outscore the Mustangs 13-6 to clinch the win. Trailing 20-14, Brookhaven’s sophomore running back Duke Leggett provided the offensive spark in the third period when he scored on a three-yard run. Tyler Mixon finished the night a perfect 3-of-3 on the extra point attempts to give the Panthers a 21-20 lead.

In the final quarter, the Mustangs reclaimed the lead at 26-21 when John Oliver scrambled in a one-yard rushing touchdown. West Jones elected to go for the two-point conversion, but was unable to punch it through.

In the final minutes of the fourth, the Panthers reclaimed the lead when freshman quarterback Sevante Quinn connected with Kenneth Dixon on a 41-yard passing touchdown to give the Panthers a 27-26 lead. 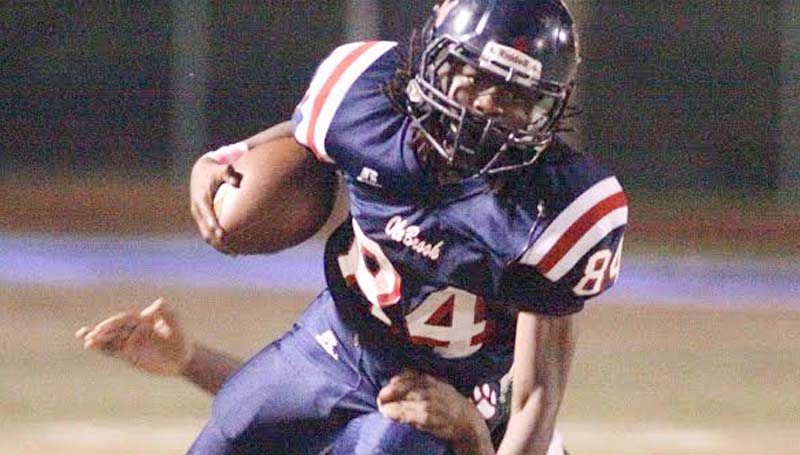 In the last minute, West Jones quickly moved the ball down the field to set up a quick field goal attempt but was unsuccessful and the Panthers secured the win.

In the first period, the Panthers and Mustangs fought to a 7-7 tie. Brookhaven managed to score the first points of the game on the opening kickoff when senior Thomas Poole sprinted 73 yards to paydirt.

West Jones fought back to tie the game on a four-yard run by Oliver. Alden Brunty finished 2-of-3 on extra-point attempts.

In the second quarter, West Jones outscored the Panthers 13-7 to take a 20-14 lead into halftime.

Brandon Ray led the pace for the Mustangs as he hooked up with Eric McDonald for a 21-yard touchdown pass.

Brookhaven fought back to keep the game tied at 14-all when Poole showed off his speed and cashed in a 65-yard rushing touchdown.

The Mustangs reclaimed the lead in the final minute of the half when Peyton Brown hit Walker Thompson for a seven-yard passing touchdown.

Offensively, Poole powered the Panthers’ ground attack with 93 yards rushing on 11 carries and one touchdown. Leggett contributed 24 yards on 13 rushes.

Oliver had 24 rushes for 82 yards. McDonald was the top receiver with 11 catches for 121 yards.

The Panthers (2-7, 2-3) will return to action Thursday as they travel to Jackson to battle the Wingfield Falcons at Hughes Field. Kickoff is at 7 p.m.