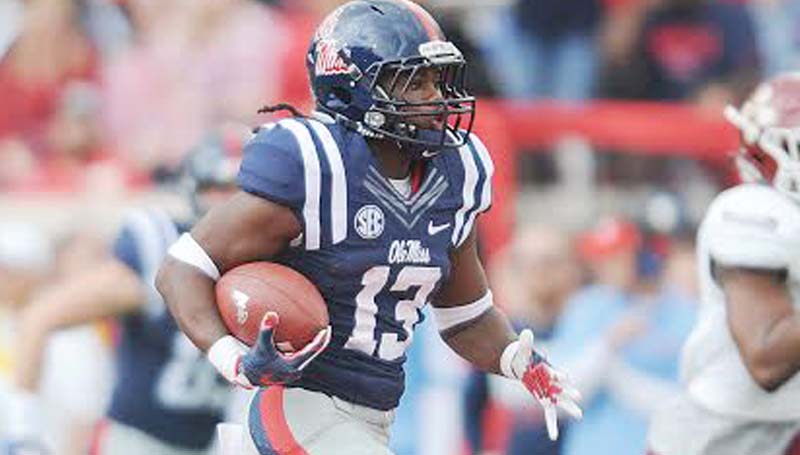 OXFORD – Mississippi’s defense picked a good time to have its best performance of the season.

The 19th-ranked Rebels were dominant on that side of the ball during Saturday’s 23-3 win over Texas A&M, shutting down the Aggies’ passing game, holding them to just 192 total yards and keeping them out of the end zone.

The victory helped Ole Miss (6-2, 3-1 Southeastern Conference) re-establish itself as a contender to win the Western Division.

Now the Rebels are trying to figure out how to make sure that great defense is a constant during the season’s final month starting with what should be an emotionally-charged game at Auburn on Saturday.

“I think we can be even better,” Elston said. “We had a couple of mistakes here and there, we’re still not tackling good, which we need to correct, but everybody was swarming to the ball.

“If a guy missed a tackle, you’ve got another guy coming in to hit him anyway.”

Ole Miss coach Hugh Freeze said on Monday that Nkemdiche is still going through post-concussion protocol, but he’s hopeful he’ll be available against Auburn. Conner is still recovering from a torn meniscus in September.

The good news for the Rebels is senior linebacker C.J. Johnson returned against Texas A&M after missing two weeks because of a knee injury. His presence immediately paid off when he recovered a fumble early in the game.

Johnson said the Rebels’ next task is playing with the same energy and intensity on the road. Ole Miss had a stunning 43-37 victory over Alabama in Tuscaloosa in September, but since then has lost two straight on the road against Florida and Memphis.

“I think those games period we struggled because we didn’t have the energy and intensity we took into Tuscaloosa,” Johnson said. “That’s something that we talked about last week. We kind of showed that on Saturday a little bit. The challenge will be to come out and do it against this week.”

Some of the Rebels, including receiver Laquon Treadwell, said the game against Auburn (4-3, 1-3) will be particularly intense. Treadwell was trying to score a go-ahead touchdown against the Tigers last year when he was tackled from behind and broke his leg in a gruesome injury that ended his season.

Treadwell also fumbled on the play, which was a big reason Auburn was able to hang on for the win. That loss pretty much ended any hope the Rebels had at winning an SEC title.

Treadwell spent several months rehabbing from the injury, but has returned to have a big season. He leads the SEC in catches (54), receiving yards (756) and has also scored five touchdowns.

He said the emotional aspect of this rematch hit him immediately once Ole Miss finished its win against Texas A&M and he realized Auburn was next.

“They’re going to feel my pain,” Treadwell said. “I’m just going to play my hardest, play with heart like I did last week and my team will do the same and we hope to get the ‘W’.”

COLUMBUS (AP) – A brawl that cleared the East Mississippi Community College bench when it was ahead 48-0 has also... read more