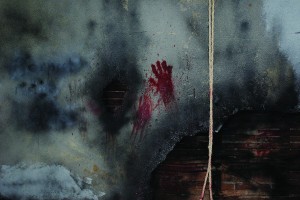 Mississippi School of the Arts and the Brookhaven Little Theatre both have events planned to keep you on your toes this weekend.

Halloween is the holiday for scary stories, spooky costumes and haunted houses. On Friday and Saturday from 7:30 p.m. to midnight, the Mississippi School of the Arts will host its annual Artoberfest Hauted House in Cooper Hall.

The Cooper Hall building, built in 1914, has been abandoned for many years. It’s a dark, old building that Director of Maintenance Sudie Palomarez said has a lot of ghost stories.

For three years, Artoberfest has brought a different theme to Cooper Hall. First, it was a haunted carnival, then an insane asylum. This year, it’s New Orleans.

Along with the crazy doctor, there will be a skeleton band, live voodoo dolls, and dark graveyards. It’s $5 for the first entry, and $2 for each consecutive entry.

Last year, Artoberfest raised $2,000 that went to fund a wish list for kids at Dickerson Place.

“They said if we could get just one of these things, we could make the kids happy,” Palomarez said. “Well, we made enough money that we just bought everything plus some. Then we wrapped it up, and it was real good for the kids, because it’s important to give back.”

Palomarez said the students in Artoberfest have been working hard on the haunted house since September. Students make their own costumes and work on the rooms.

“We’ll end up with about 67 kids and myself and another adult in the house. It’s almost like you’re in the middle of a production yourself. … We have dancers and actors and artists and singers, we have it all.”

Palomarez said they don’t close until midnight, so there should be plenty of time to make it and also go to other Halloween events around town.

This is possibly the last year for Artoberfest, according to Palomarez. MSA may be renovating Cooper Hall to make room for new classes.

“It’s going to be a fun night. I hope everybody comes,” she said.

In addition to Artoberfest, Brookhaven Little Theatre will be having a Halloween at the Haven event on Oct 31. At 9 a.m., doors will be open for “Harry Potter and the Sorcerer’s Stone”, which will start at 10 a.m. That evening, doors open at 9 p.m. and at 10 p.m. The Haven will be playing “Twilight Zone: The Movie”.

“That will give younger folks time to come see a movie, go home and get ready, go trick or treating, then give mom and dad time to get them in bed, and let mom and dad go out that night and see The Twilight Zone,” BLT Executive Director Greg Russell said.

Admission for both films is $5, or a BLT season ticket.

Crandon Coleman The Mississippi Bureau of Investigation is looking for 30-year-old Crandon Coleman of Taylorsville. Coleman has outstanding warrants for... read more