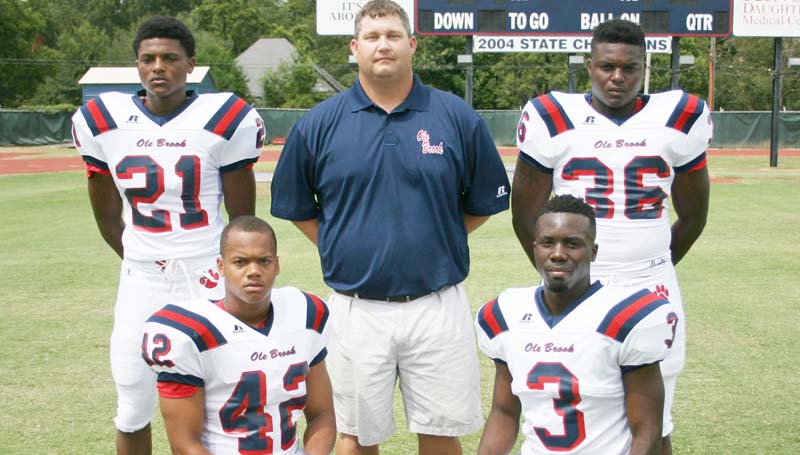 Playoff seedings hang in the balance for several local schools this week – others are using Friday’s games to prepare for next season.

Two schools will have home games Friday night in Week 11 of high school football. The Loyd Star Hornets will battle the West Lincoln Bears for the final playoff spot in Region 7-2A at Perry Miller Field.

In another Region 7-2A contest, Enterprise travels to Liberty to take on the Amite County Trojans.

In Region 3-5A action, Ole Brook football fans will have a Thursday night special as the Panthers travel to Jackson to take on the Wingfield Falcons for a region test at Hughes Field. Brookhaven needs to win out clinch a playoff spot as either a No. 3 seed or a No. 4 seed.

In Region 6-4A action, the Lawrence County Cougars will host the Florence Eagles in Monticello.

In Region 7-3A action, Wesson travels to Woodville to take on the Wilkinson County Wildcats. Franklin County visits Fayette to battle the Jefferson County Tigers.

In Region 7-1A action, Bogue Chitto continues their road tour as they invade Hattiesburg to play the Sacred Heart Crusaders.

Brookhaven (2-7, 2-3), coached by Tommy Clopton, captured its second win of the season with a thrilling 27-26 victory over the West Jones Mustangs last week at King Field.

This week, the Panthers hope to stay in the hunt for a playoff spot when they travel to Jackson to take on the Wingfield Falcons.

The Falcons used a two-man rotation at the quarterback position as sophomore Caston Leggett led the team completing 5-of-11 passes for 102 yards and had 51 rushing yards on 16 carries.

Junior Savanta Johnson completed 5-of-10 passes for 100 yards and a had a touchdown. Henry Perry was the top receiver for Wingfield with six catches for 84 yards.

BHS’ top performer last week against West Jones was senior running back Thomas Poole. He finished with 93 yards rushing on 11 carries and one touchdown. Duke Leggett contributed 24 yards on 13 rushes.

My prediction: Brookhaven will clinch another win, 35-20.