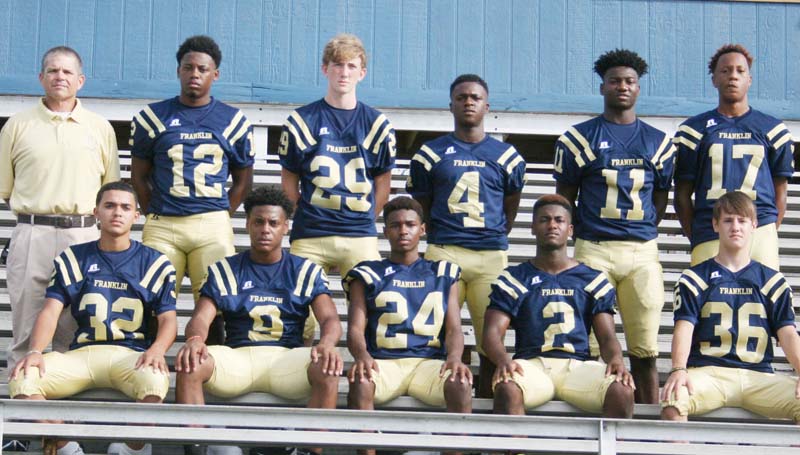 In what will be a showdown between two county schools with ample speed and energy, Franklin County faces Kemper County Friday night in the second round of the Class 3A playoffs at East Mississippi Community College. Kick off is at 7 p.m.

The Bulldogs, fresh off a 38-10 win over St. Andrews, will face a much bigger and faster test this week.

Kemper County has won nine straight with a junior-laden bunch that is loaded with several playmakers at skill positions.

Last week Kemper County eliminated Tylertown from the playoffs with a 32-14 victory.

The Wildcats are directed by junior quarterback Eric Clark Jr. and junior wide-out D.J. Clayton. Clark has thrown for 2,105 yards this season with 23 touchdowns on just five interceptions.

As for Clayton, he’s caught 12 touchdowns and has 938 yards receiving. While these two players headline Kemper County’s explosive attack, the player the Bulldogs must focus on stopping is junior running back Chandler Roberts, a 6-1,195-pound running back that is blessed with power and speed.

Roberts will be one of the top recruits in Mississippi next year, and he’s already drawing interest from the likes of Ole Miss and Mississippi State. His skill set as a power back will be one of many obstacles standing in the way of the Bulldogs and the third round of the playoffs.

Coaching Kemper County is Chris Jones. He’s guided the Wildcats to a Region 5-3A Championship and has built the program into a title contender.

Franklin County, coached by Anthony Hart, will have to limit its mistakes on the road against such a team.

Cortney Smith, who rushed for 182 yards on 16 carries with two touchdowns last week, will be counted on heavily this week to keep FC’s offense moving. He and junior speedster De’Martre Collins will attack the Kemper County defense from all angles.

The Bulldogs’ defense, led by seniors Chris O’Quinn and Greg Queen, will face its toughest challenge of the season. Kemper County is a lot like 7-3A rival Hazlehurst, except maybe faster.

The Class 3A playoffs are down to eight teams in the South – the winner of the FC/Kemper County contest will play the Wilkinson County/Collins winner in the third round.