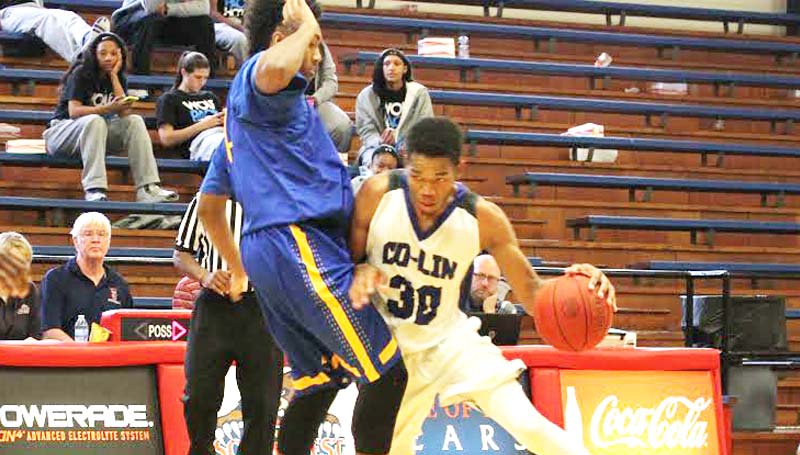 SUMMIT – The Southern-University Shreveport Jaguars went on a 12-0 run to end the first half on their way to a 62-49 win over the Copiah-Lincoln Community College Wolves Monday in the Southwest-Coca-Cola Classic in Summit.

After going back and forth in the first half, the Jaguars put together a 12-0 run to take a 42-30 lead into the locker room. The Wolves (0-3) were never able to recover.

Amos Givan came off the bench to spark the Jaguars with a game-high 16 points. Dangelo McClinton added 13 points followed by Darrion Jacobs with 10 points. The Jaguars shot 51 percent (25-of-49) from the field in the game.

Dearius Griffin was the only Co-Lin player in double figures with 13 points. Darius Kennedy led off the boards with eight rebounds. The Wolves shot 55 percent (12-of-22) in the first half cooled off in the second half shooting only 29 percent (6-of-21).

The Wolves will play Baton Rouge on Tuesday at 3 p.m. Listen live at www.colinathletics.com or on WMJU 104.3 FM in Brookhaven.