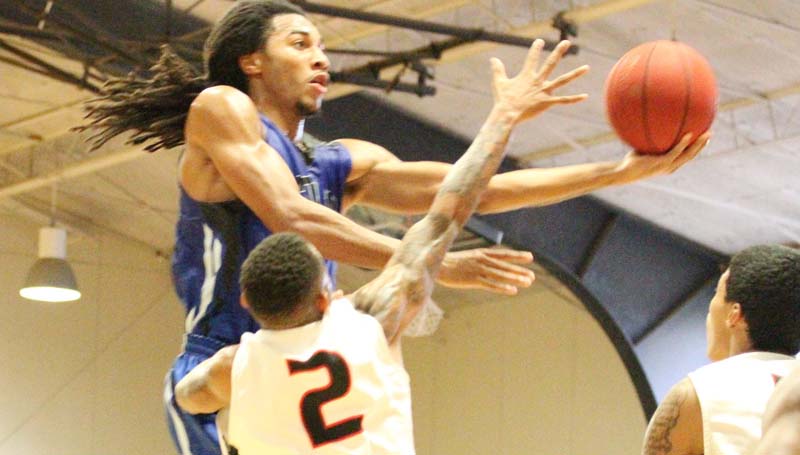 SUMMIT – The Baton Rouge Community College Bears held on to defeat the Co-Lin Wolves 57-54 in overtime in a thriller Tuesday afternoon at the Southwest-Coca-Cola Classic in Summit.

The Bears jumped out to a 28-16 lead in the first half and looked like they were going to run away with the game in the beginning of the second half. But the Wolves came roaring back to tie the game at 47-all at the end of regulation.

Baton Rouge outscored the Wolves 10-7 in the overtime period.

For Baton Rouge, Demetrius Fitzpatrick led the way for the Bears with 18 points and six rebounds. He was 5-of-9 from the 3-point line. Karim El-Amin came off the bench to score 11 points. Devante Marshall chipped in 10 points.

The Wolves travel to New Orleans to take on Delgado on Saturday at 3 p.m. There will be no broadcast available.