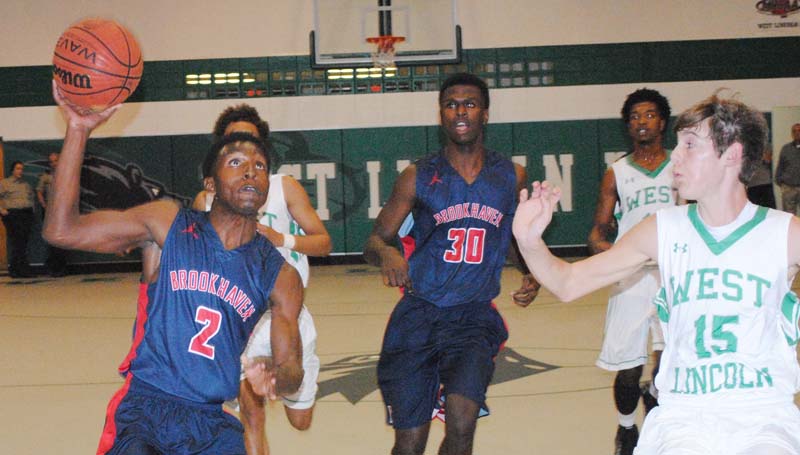 The Brookhaven Panthers and the West Lincoln Lady Bears were victorious in Thursday night basketball action at Jack Case Gymnasium.

In the girls’ contest, the Lady Bears captured a 72-50 win over the Lady Panthers.

In boys’ action, strong offensive and defensive pressure in the second and third quarters lifted Brookhaven to a 64-36 win over West Lincoln.

West Lincoln will return to action Monday as it hosts Natchez Cathedral for three games. The junior varsity girls will tip off at 5 p.m., followed by the varsity games.

Brookhaven will be in action Saturday as it hosts the Wesson Cobras for its first home of the season at Sinclair Gymnasium. Tip off begins at 4 p.m.

The Lady Bears took control of the first quarter as they grabbed an early 17-4 lead. In the second frame, the Lady Panthers roared back with a 16-13 run to trail West Lincoln 31-20. 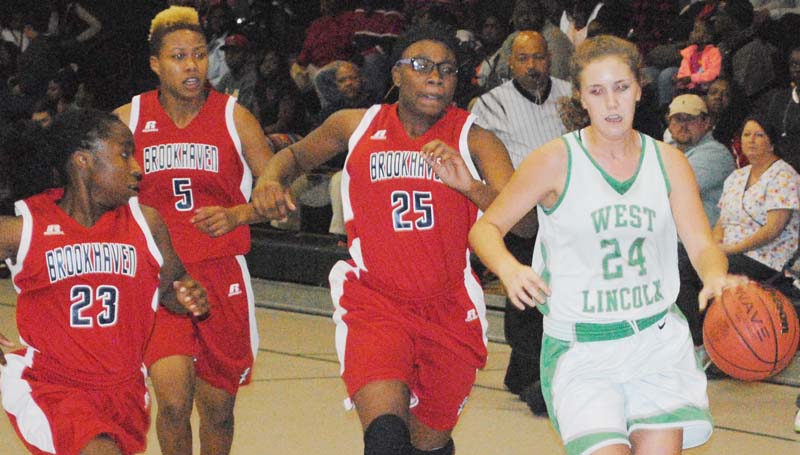 In the second half, West Lincoln outscored Brookhaven 25-12 in the third quarter and coasted to the win.

“The girls came out and played hard to start the game, but Brookhaven did a great job fighting back in the first half, ” said West Lincoln coach Lane Young. “We committed 21 turnovers in the first half. We will not win many games if we continue to commit that many turnovers. Overall, I was pleased with our efforts, but we still have a lot of room for improvement.”

Hanna Moak powered the Lady Bears (2-2) with 23 points and five rebounds. Demesha Deer had a double-double performance of 11 points and 10 rebounds. Alli Mullins and Jana Case chipped in with 13 points and both had four rebounds each. Carly Holden had five points. Layton Sills scored four points and Skylar Hall netted three points.

“The girls played hard,” said BHS coach Preston Wilson. “We made a lot improvement since the last game and I am proud of the girls, but we still must continue to work to get better.”

In the opening period, the Bears and the Panthers fought in a close contest as BHS held a 11-9 lead.

“We started off slow, but managed to find our rhythm in the second quarter, when our defensive pressure caused West Lincoln to turnover the ball for some easy transition baskets,” said BHS coach Jimmie Butler. “Overall, I was pleased with our team effort.”

“The guys played hard against a extremely quick and talented Brookhaven team,” said Young. “The guys competed until the very end and I was very proud of their effort.”