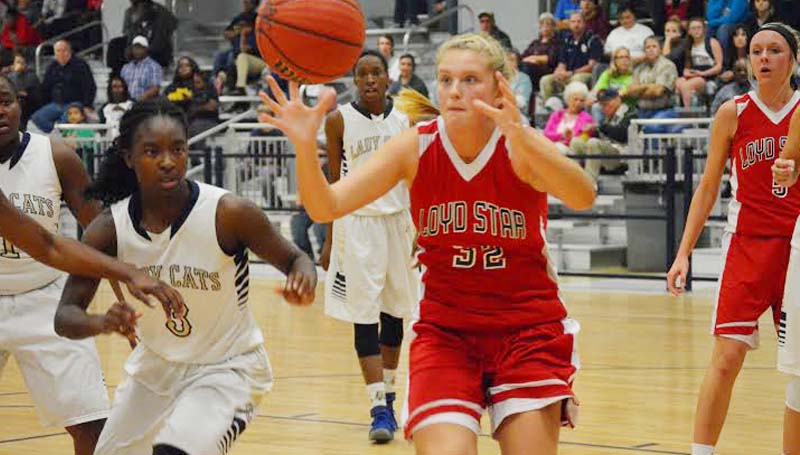 In boys’ action, the Hornets thumped the Bobcats 63-34.

In junior high action, the Bogue Chitto Bobcats and the Loyd Star Lady Hornets captured a win each.

Bogue Chitto will return to action Monday as the team travels to Enterprise to play four games starting at 4 p.m.

Loyd Star was originally scheduled to be in action today in Hattiesburg against North Forrest, but the game has been postponed until a later date. The Hornets and Lady Hornets will resume action in two weeks as they host Bogue Chitto for four games starting at 4 p.m.

The Lady Cats and Lady Hornets renewed their basketball rivalry Thursday night. In the opening quarter, the Lady Cats would claim an early lead at 12-8. In the second period, the Lady Hornets battled back with a 16-13 run as BC carried a 25-24 lead into halftime.

Both teams scored 14 points each in the third frame, and in the fourth quarter the Lady Hornets put together a 15-8 run to secure the win over the Lady Cats.

The Hornets quickly overpowered the Bobcats to claim a 40-11 halftime lead and cruised in the second half to secure the win.

Tanner Watts was the top scorer for the Hornets with 12 points. Stephen Mills had five points. Robert Galindo had four points. Reese Dehart and Thomas Kelly both scored three points.

Daily Leader / Photo submitted / The Brookhaven Southern Wildcats 8-under football team will be in tournament action this weekend... read more