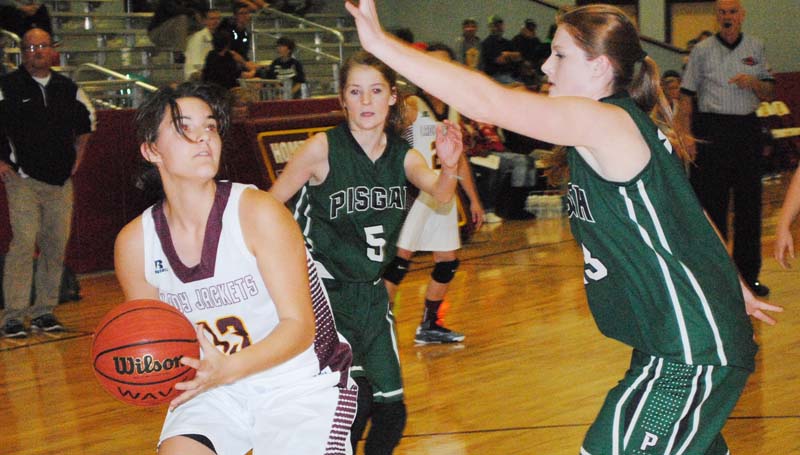 The Enterprise Jackets and Lady Jackets swept the Pisgah Dragons in their first home opener of the season Friday night.

In the girls’ contest, the Lady Jackets dominated the first half to claim a 54-24 win over the Lady Dragons.

In boys’ action, the Jackets outscored the Dragons 26-20 in the fourth quarter to beat Pisgah 75-69.

Enterprise will be in action Monday as it hosts the Bogue Chitto Bobcats for four games, starting at 4 p.m.

The Lady Jackets quickly took charge of the game as they hammered the Lady Dragons to claim an early 29-8 advantage at halftime.

In the second half, Enterprise continued to overpower Pisgah with a 25-16 run in the final two periods to secure the win.

“It feels good to get the win tonight, especially after losing by one point to McLaurin the night before,” said Enterprise coach Jill Nations. “Overall, I was very proud to give everyone plenty of playing time. Now, we regroup and get ready for Bogue Chitto Monday.”

Courtney Greer led the charge for the Lady Jackets with 13 points and four steals. Monisha Pendleton chipped in 10 points and was the leader on the boards with eight rebounds. Alisa Barlow, Carlee Nations and Michelle Herrington scored seven points each. Breyuanna Johnson provided five points. Jana Nations had four points and Haley Nations scored one point.

Sky Watson and Savannah Dillard were the top scorers for the Lady Dragons with four points each. Katelyn Griffin and Kierra Ragsdale contributed three points apiece. 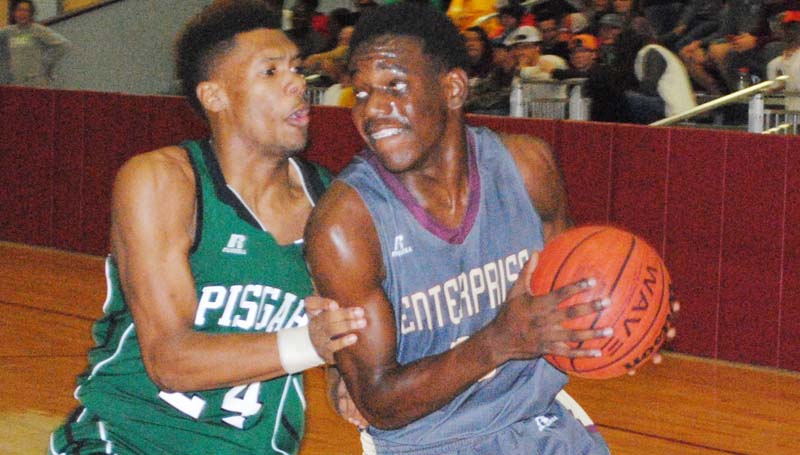 Pisgah carried a slim 34-33 lead into halftime. In the third period, Enterprise rallied back to tie the game at 49-49.

In the final quarter, the Jackets caught fire early with a 10-0 run and held off the Dragons in the final minutes to secure the win.

“I was very pleased with my team’s effort and hustle tonight,” said Enterprise coach John Knight. “Our bench really stepped up tonight to help us get the win, after our starters got in early foul trouble and had to sit for most of the game.”

In the boys’ game, the Dragons burned the Jackets 47-38. Jay Jones led Enterprise with 21 points. Dylan Vaughn chipped in with eight points.