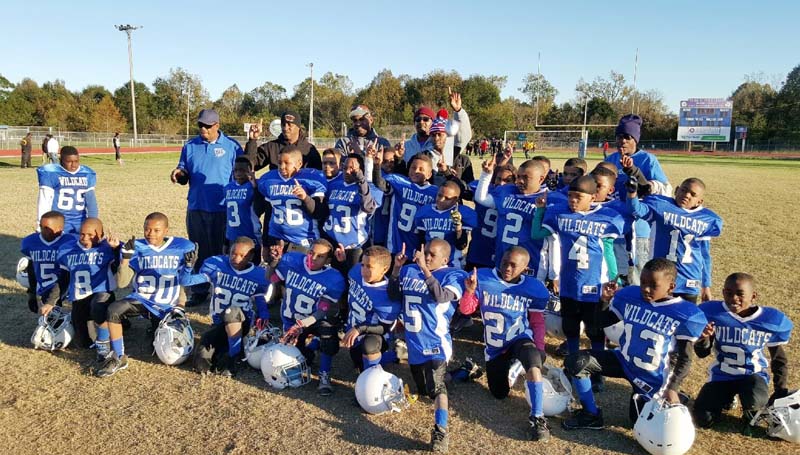 The Wildcats knocked off the Natchez Falcons 6-0 in Saturday’s matchup to advance to the Sunday title game.

In Sunday’s contest, BSW thumped the Tylertown Rams 22-0 to win their second straight championship for Brookhaven in the program’s five year history.

In the 9- to 10-year-old league, BSW eliminated the Ferriday Trojans 22-0 in Saturday’s competition to advance to Sunday’s championship.

In Sunday’s contest, the Wildcats lost to the Tylertown Rams 32-12 to finish runners up.

Markel Smith powered the Wildcats with 134 rushing yards. Smith scored the only rushing touchdown on a 50-yard sprint.

Smith showed off his skills on offense to lead the Wildcats, scoring three rushing touchdowns on sprints of 75, 10 and five yards. Smith rushed for 125 yards.

Kenneth Dixon powered the Wildcats 10-under team with three touchdowns. Dixon sprinted in a 80- and 11-yard rushing touchdown. He also returned a fumble recovery 50 yards for a touchdown.

Kermit Sartin Jr. scored both of the Wildcats’ two-point conversions.

The 20th C Spire Conerly Trophy, which goes to the most outstanding college football player in Mississippi, will be presented... read more