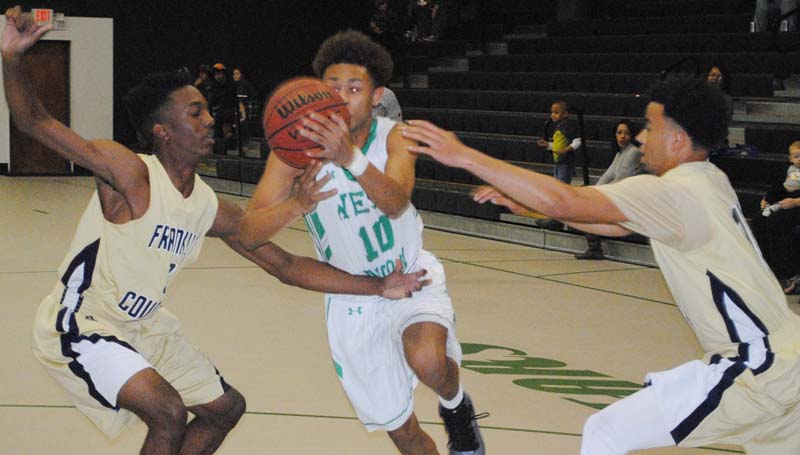 In the girls’ contest, the Lady Bears outscored the Lady Bulldogs 10-3 in the final quarter to secure a 37-30 victory.

West Lincoln will take the rest of the week off before returning to action Tuesday, when it hosts the Bogue Chitto Bobcats. The varsity girls tip off at 6 p.m., followed by the boys’ game at 7:30 p.m.

The Bears and Bulldogs fought in a low-scoring battle in the first half as West Lincoln took a 28-24 lead into halftime.

In the second half, Franklin rallied back to outscore West Lincoln 28-24 to tie the contest at 52-52 to force overtime.

In the third overtime period, West Lincoln put together a 5-0 run to claim a 70-65 lead, but Franklin County answered with a 10-2 run in the final two minutes to collect the exciting win.

“This was an exciting game to watch if you were a fan, but not as exciting as a coach,” said FC coach Ricky O’Quinn. “This was a battle in which free throws were the deciding factor. We were very fortunate to come away with the win.”

Franklin County was 17-of-31 at the free throw line, while West Lincoln finished 21-of-29. 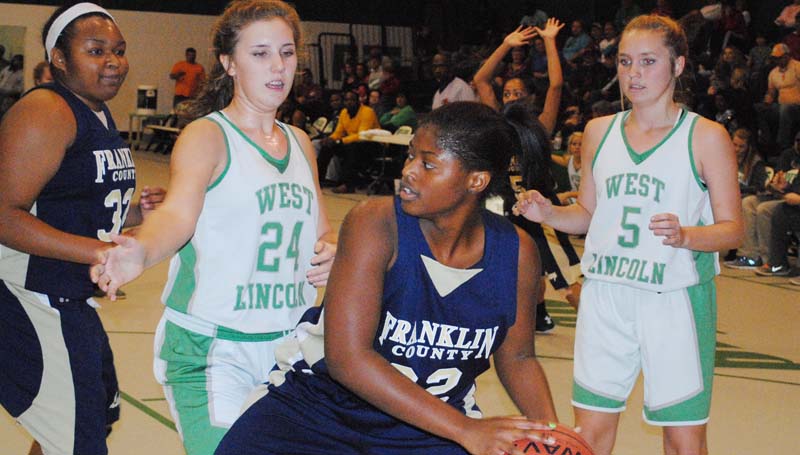 The Lady Bears jumped on the Lady Bulldogs to claim a early 15-7 lead in the first period, but Franklin County battled back with a 9-6 run in the second to cut into West Lincoln’s lead at 21-16 at halftime.

In the third period, both team fought to a 27-27 tie after three quarters of action. In the final period, West Lincoln managed to pull away from Franklin County with a 10-3 run to secure the win.

“The girls played hard and hustled,” said O’Quinn. “We are a very young and inexperienced team with only one starter back from last year squad. This was a great learning experience to help us get better as a team.”